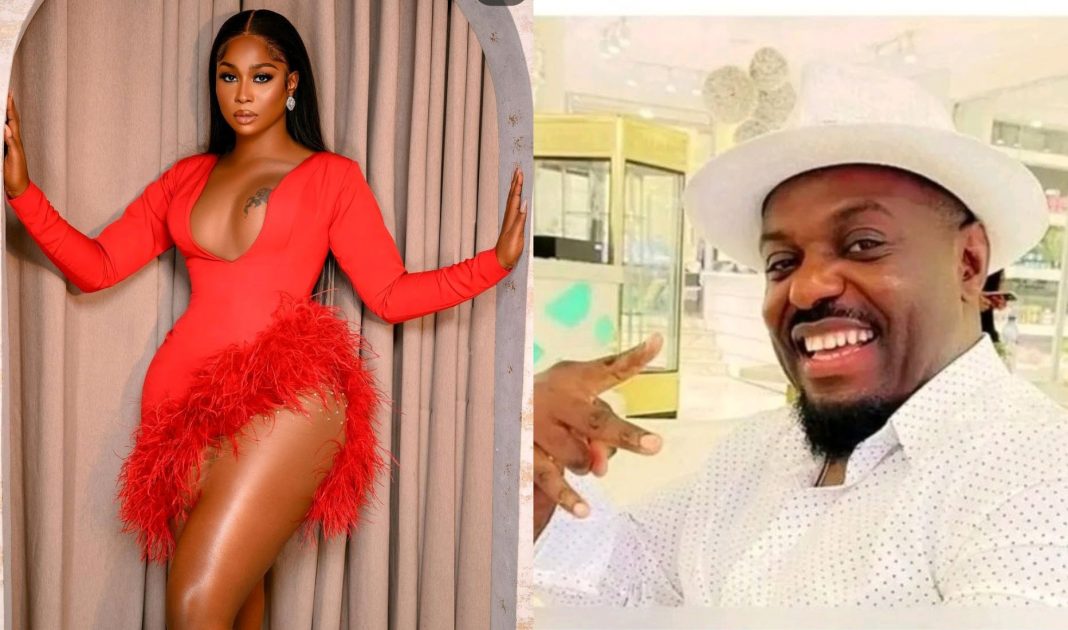 Nigerian actress Lilian Afegbai has recalled how she was almost expelled from Benson Idahosa University (BIU), Benin, Edo State after shooting a scene involving sex in a movie with Jim Iyke.

Afegbai shared this information on the latest Tea with Tay episode, where she said she was made to face a disciplinary committee at Benson Idahosa University (BIU) in Benin.

She said the acting gig was her first movie role at a time when she was combining schooling and a career in film. “I started acting fully in BIU. In the first movie that I did, they almost expelled me from school because I had a sex scene with Jim Iyke. So when the movie came out, then I was young,” Afegbai said.

Lilian Afegbai added, “It was just a lot, and people in the school, you know how jealousy now, people started telling our Reverend Seb’s wife and so they brought the movie to school, they said I acted an illicit scene, they fixed a panel.”

She said she had to explain to them that all they saw was make-believe, and she wouldn’t do anything to jeopardise her Christian faith.

“I thought I was going to get expelled. I was scared. It was a Christian school and when people start talking about things in school and making it a thing, you actually face a panel. When I went to the panel, I started making them understand that I am Christian. I would never do anything to jeopardize my Christian faith but then this is acting ma, it’s make-believe.”

The actress who is also a former Big Brother Africa contestant, had earlier reacted to the general belief that most of her colleagues live off rich men.

In a recent interview, Lilian Afegbai pleaded that people should show love to actresses, rather than ‘judging’ them unfairly.

“All I am going to say is that it is not easy to be in the entertainment industry; it is hard work. Most times, one cannot change the perception of people. One just has to be true to oneself. But, I want people to know that they cannot always label everybody because of the experiences they have had with one or two persons. People should stop being judgemental. Let’s show more love because the world needs more of that,” she told Punch.

Lilian Afegbai also maintained that divorce is not limited to the entertainment industry.

She said, “As much as people say actresses don’t make good wives, some actors are married and happy. We should stop focusing on the negative but rather on the positive. Veteran actress, Joke Silva, is still married to another veteran, Olu Jacobs. Even if people say they belong to an older generation, there are many young actors who are married and are happy. In the banking, medical and other sectors, people also get divorced. If one goes to court, one will find that people from different walks of life get divorced every day.”

Lilian Afegbai, also hinted that she is waiting for God to send the right man her way so they can get married, this is after narrated how a man who she shared mutual attraction with stopped wooing her when he realised that she is an actress.

She said, “After that incident, I felt more reassured that God will send the right person to me. It was a wake-up call for me to know that what is not mine is not mine. The guy in question is not a bad person. He knows what he wants. It also does not mean I am a bad person because I am an actress. When God says it is time is when I will get married.”