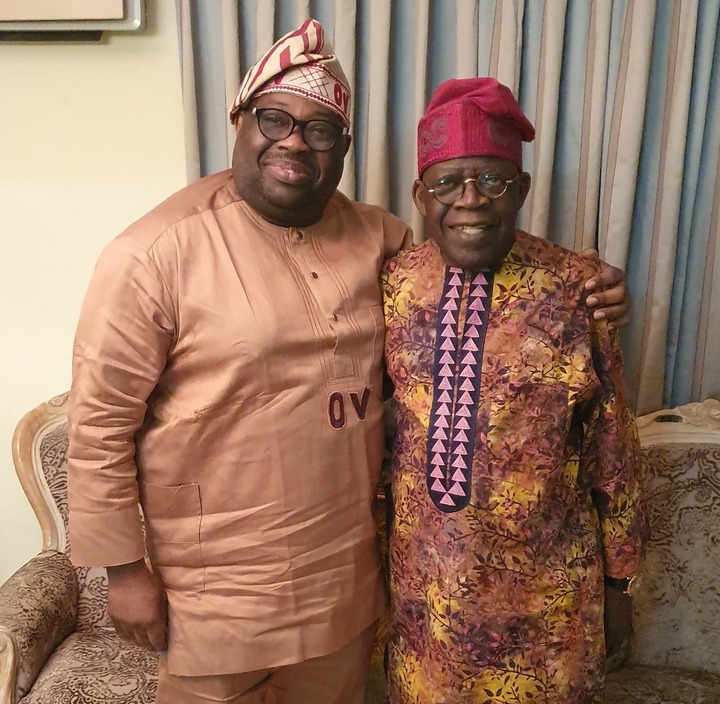 According to him, Bola Tinubu had stated that whether some persons like it or not, they are going to take over the seat of power. In conclusion, he was said to have affirmed that even though they come with the excuse of no Premium Motor Spirit (PMD), they would walk and make use of their Personal Voter’s card (PVC) as he says that those fellow has started playing games. Reacting to the video, the Aviation Magazine Chief made known that this is an aspirant of the ruling party accusing its administration.

In the video shared by him, Asiwaju was heard expressing himself in his mother tongue and lamenting about his political distractors, fuel scarcity, and how he will not allow those situations to hinder the success in the forthcoming Presidential election slated for February 25th, 2023. 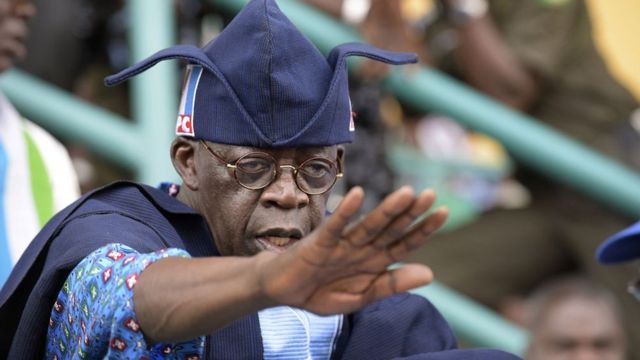 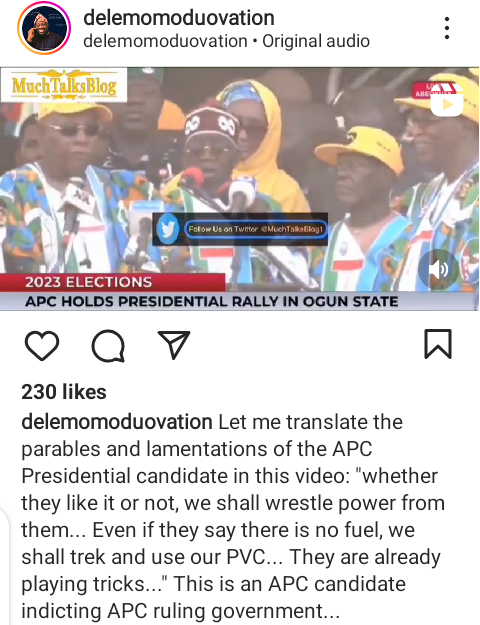 Guys, what is your opinion on this?

Content created and supplied by: 1stladyblog (via Opera
News )