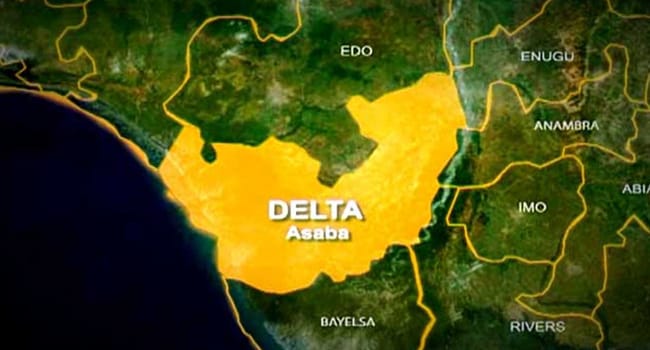 The police have arrested a 25-year-old man identified as Godsgift Uweghwerhen, for allegedly flogging his three-year-old daughter to death in Aladja community, Udu Local Government Area of Delta State.

According to Punch, the toddler who has been sick for quite some time, was allegedly flogged by her father for entering a neighbour’s apartment on Wednesday.

He was said to have left the scene as soon as he realized the young child had passed away as a result of the brutal assault.

He was later apprehended by the vigilante team in Ubogo community, who then handed him over to operatives of the Nigeria Police in Ovwian/Aladja Division.