In 2015 When We Supported Buhari, I Brought Almost 2m Votes From Kano Alone- Rabiu Kwankwaso 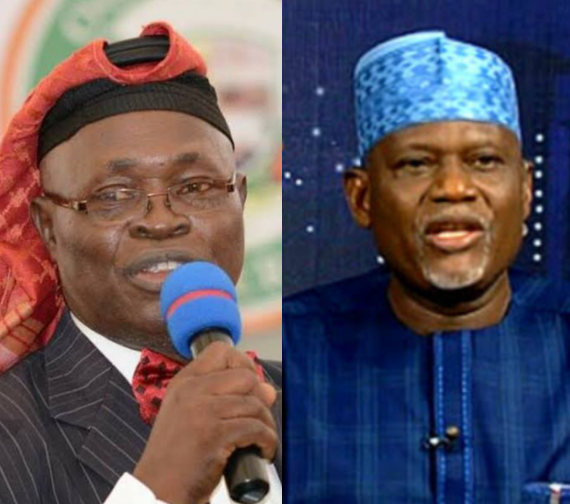 Tinubu Only Option Of South-West Muslims–MURIC 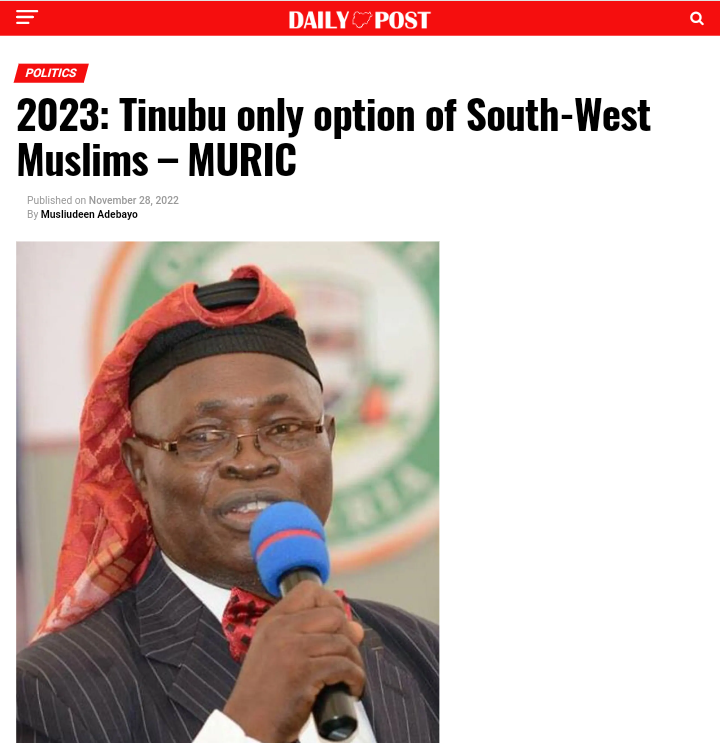 The Muslim Rights Concern (MURIC) has said that Muslims in the South West zone have no other option than to support the candidature of Asiwaju Bola Ahmed Tinubu.

MURIC Director, Professor Isiaq Akintola, made this disclosure while addressing journalists at the University of Ibadan, Oyo State at the weekend.

DAILY POST reports that Tinubu, a former governor of Lagos State, is the Presidential candidate of the All Progressives Congress (APC).

Our correspondent recalls that South West Muslims under the platform of Muslim Ummah of South West Nigeria (MUSWEN) through its President, Alhaji Rasaki Oladejo had last week endorsed the candidature of Tinubu.

Akintola has now said that Muslims in the South West region have no choice than to support Tinubu.

Akintola, who addressed journalists during a send-forth and book presentation organised by MUSWEN in honour of a former Executive Secretary of the organisation, Professor Daud Noibi, said that Yoruba Muslims have been suffering for decades.

He added that those who have either been President or Vice President from the region are Christians.

Akintola said, “MUSWEN endorsed the APC presidential candidate, Bola Ahmed Tinubu and I want to affirm that MUSWEN has no other choice. They don’t have any other alternative.

Trouble In NNPP Over Hunkuyi 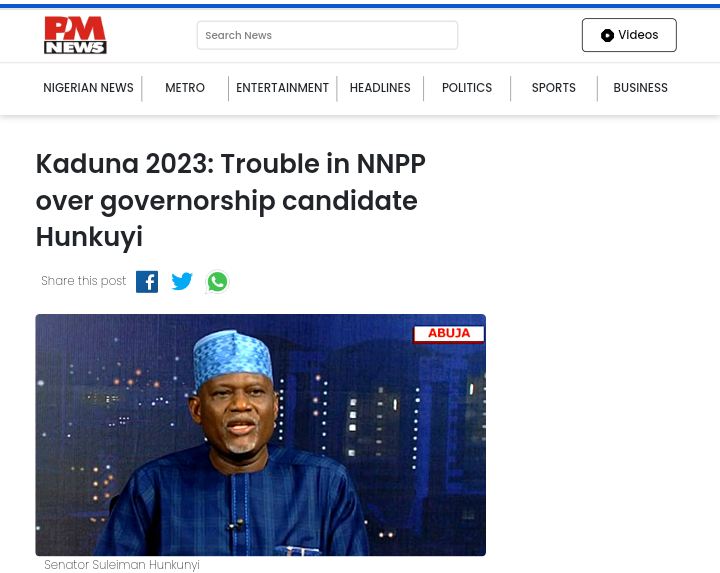 Stakeholders of the New Nigeria Peoples Party (NNPP) in Kaduna State, have threatened to take legal action to compel the party to drop Malam Suleiman Hunkuyi, as its governorship candidate for 2023.

The stakeholders had on Sunday staged a protest at the party’s secretariat, urging the NNPP to drop Hunkuyi as its candidate for the 2023 general election.

A spokesperson for the group, Malam Ibrahim Murtala, said that they have started compiling signatures from stakeholders, in preparations for legal action against the party. 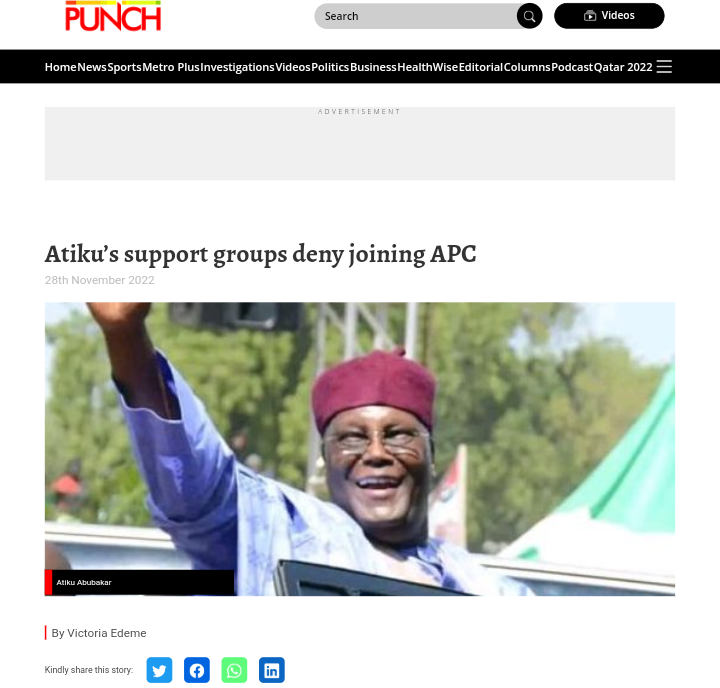 Support groups of the presidential candidate of the Peoples Democratic Party, Atiku Abubakar, have denied reports that they joined the All Progressives Congress.

The Atiku Support Organisation, on behalf of the groups, made this known in a statement made available to The PUNCH on Monday.

Signed by the ASO National Publicity Secretary, Victor Moses, the statement noted that such reports were false.

It read, “It has come to our attention of a fake story concocted by APC goons and making the rounds that some Atiku Support Groups have ditched the PDP for a dying APC. 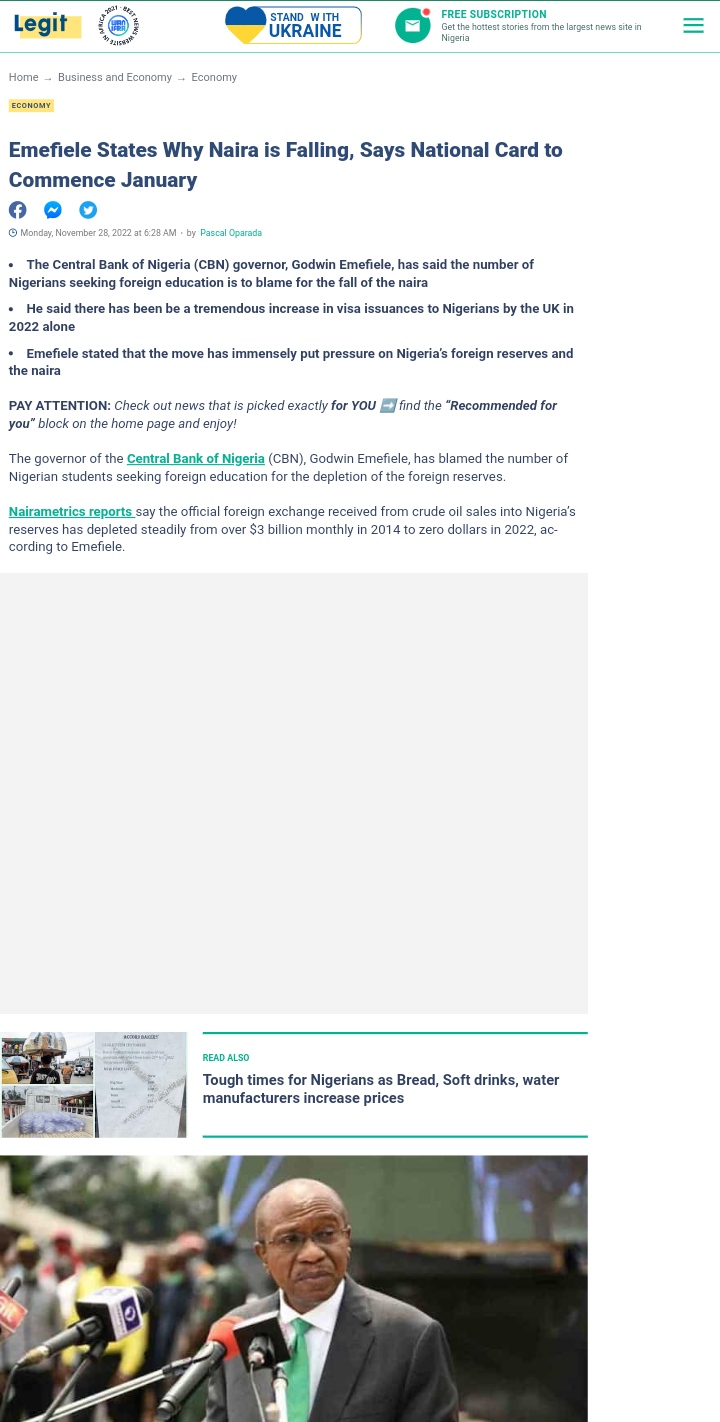 The governor of the Central Bank of Nigeria (CBN), Godwin Emefiele, has blamed the number of Nigerian students seeking foreign education for the depletion of the foreign reserves. Nairametrics reports say the official foreign exchange received from crude oil sales into Nigeria’s reserves has depleted steadily from over $3 billion monthly in 2014 to zero dollars in 2022, according to Emefiele.

He stated this at the 57th annual bankers’ dinner organised by the Chattered Institute of Bankers of Nigeria (CIBN) in Lagos on Saturday, November 26, 2022.

Content created and supplied by: PrinceAI (via Opera
News )