Aside Sowore, No Candidate Has Said He Would Not Travel Out For Medical Treatment – Falana 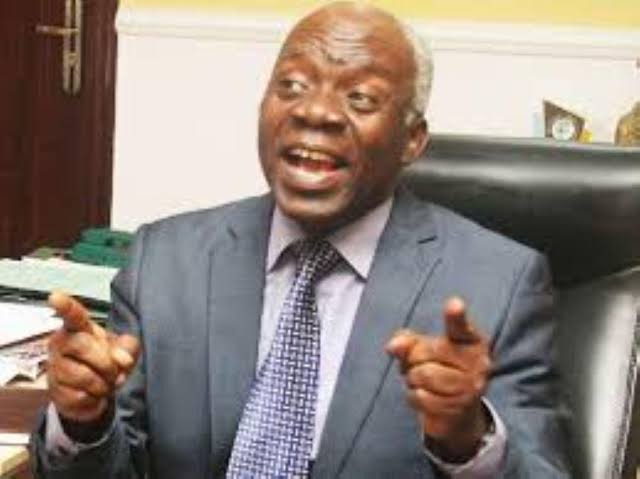 Famous Nigerian lawyer and media personality, Femi Falana has said that young people, medical professional and others are moving out of the country and the government are not doing anything about it.

In a video shared on the Twitter account of the Channels Television, the famous lawyer said the medical doctors, medical professional the country spent huge money to train are trooping out of the country whereas they are not hospitals nor doctors to attention to sick people in the country.

Going further, he said nobody is saying anything or thinking of how to bring back doctors that left the country for other countries. 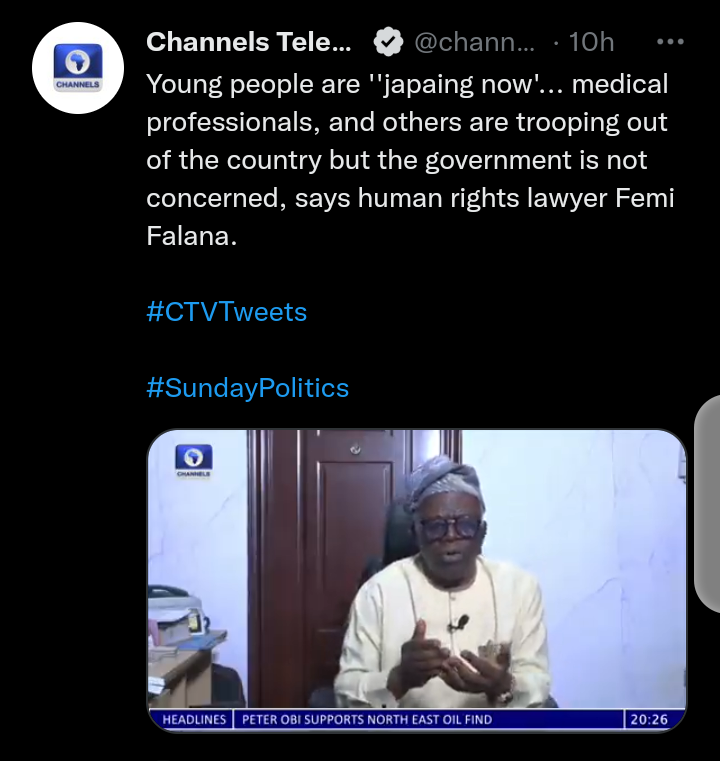 “Aside from Omoyele Sowore, no candidate has said, if I become the president of this country, I will not travel out form medical treatment,” he said.

He said the government should ban public savants from travelling out for medical treatment while serving.

Content created and supplied by: Newslight (via Opera
News )