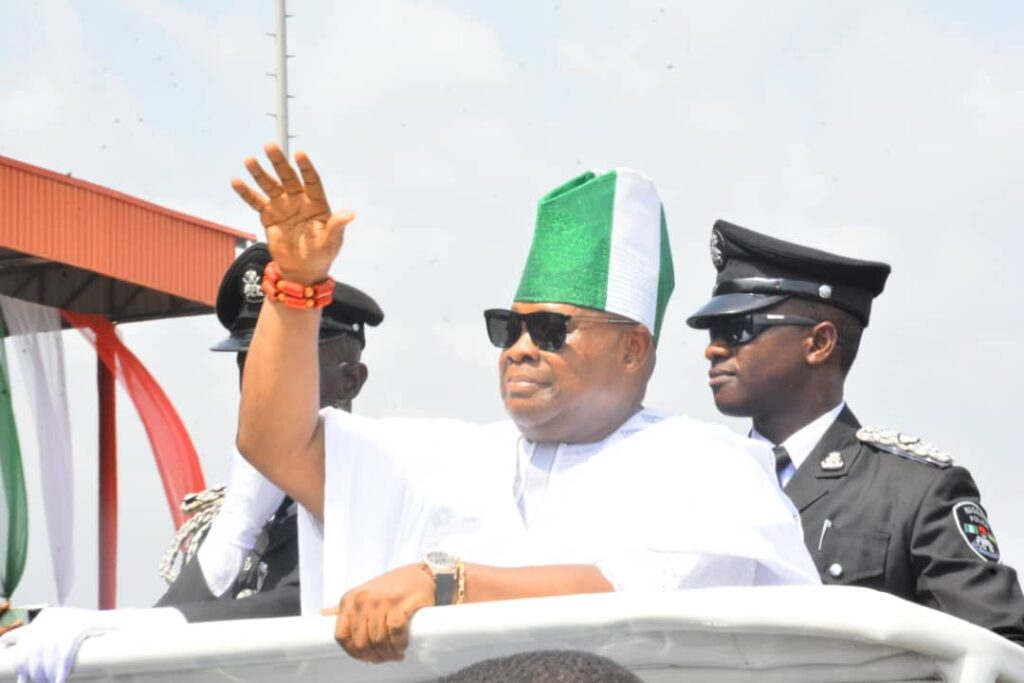 Ademola Adeleke of the Peoples Democratic Party (PDP), who was sworn in today at Osogbo as the sixth executive governor of Osun, has immediately ordered the freezing of the State’s accounts in banks and in other financial institutions.

He directed an immediate return to status quo of all appointments, placements and other major decisions taken by Oyetola’s administration from July 17, the day after the governorship election in the state.

Adeleke announced that a panel would be set up to conduct out an inventory of government assets and recover those in wrong hands.

The governor also ordered an immediate reversal to the Constitutionally-recognised name of the state as Osun State from former “State of Osun’’.

The penultimate governor of Osun, Ogbeni Rauf Aregbesola, now Minister of Interior changed the name from Osun State to State of Osun.

“All government insignia, correspondences and signages should henceforth reflect Osun State, rather than `State of Osun’, which is unknown to the Nigerian Constitution.

“Under my watch as the governor of Osun, I will boldly correct all past injustices, corrupt acts or policies by any previous administration, which are against the collective interest of our people,’’ he said.