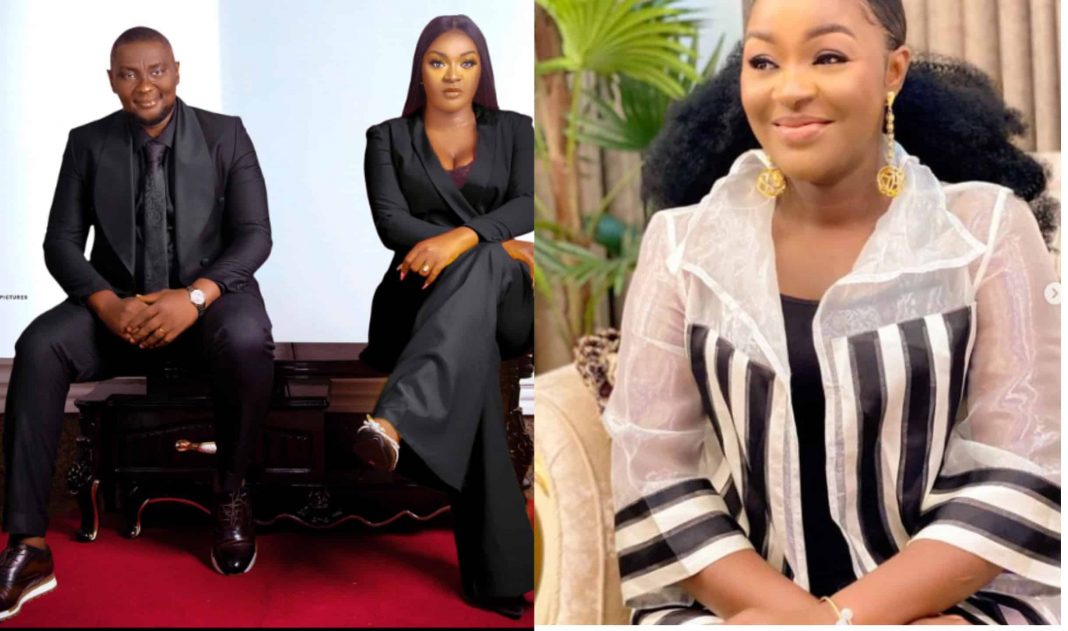 A clip of actress Chacha Eke reportedly testifying in a Church today, November 27, 2022, and appreciating her estranged husband, Austin Fanni for sticking with her despite her mental struggle, has surfaced online.

Kemi Filani recalls that in June, the actress announced her separation from her husband and father of her four kids, Austin Fanni.

Detailing why she left her marriage, Chacha Eke said she chose to quit while she was still alive than leave as a corpse.

“Many have died pretending all is well whilst wishing, hoping, and praying for a better tomorrow.
I don’t want to “die” or go inexplicably “missing”. I sincerely and publicly apologize for living a lie these past years. True to random speculations, there has been trouble in my “perceived paradise”.

For the 2nd time in 2years, I am here again on social media boldly declaring that I am done with my marriage. My long overdue/relentless stance on this is of course no news to Austin Faani, the doctors, and my parents.” she announced.

However, while testifying in the church today, she revealed that she is back with her husband again, and thanked him for sticking with her during her trying mental health state.

Watch the clip as shared by Gossip platform, Gist Lover below:

Many Netizens have reacted to the video with disappointment as this is literally the umpteenth time she will be returning to her husband after claims of being a victim of domestic violence in their marriage.

One Jessica wrote “Another day another lesson learned. If you like go put mouth for people relationship issues they’ll settle and use you as enemy of progress”

One Rose wrote “And Nigerians were busy accusing the husband of domestic violence, the earlier we all learn not to jump in conclusion fast the world will a better place, what will now happen to all the allegations they laid on the man? Learn to hear from both sides of the story before concluding, and if you don’t know what happened, and you weren’t there just shut up! Everybody should learn”

One Makinde wrote “This her family and parents need to understand that this lady needs a thorough self discovery and realization at this point. However, the beautiful things is that she is sound on her mind at the moment, but let her still evaluate that her husband because, his brother’s words before now has shown that the husband has a way of triggering her emotions to the extent she can be unstable when the anger issues or family fight starts. So they need her to be alive first before husband. My two cent. Happy Sunday everyone.”

One stacy wrote “Please let’s not say negative words to her… please the world is too crazy already.. let’s just be nice to one another… this is not funny., she could any of us here.. could be your sister .. could be mine… let’s be nice”