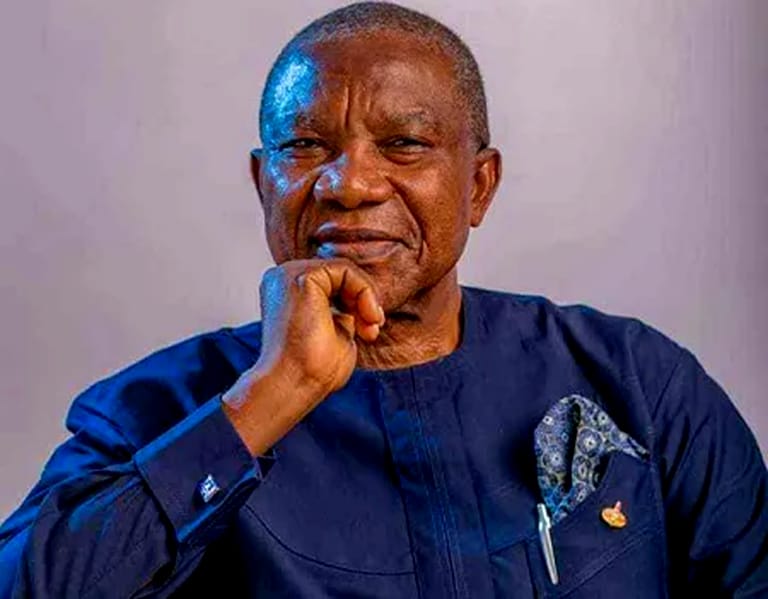 A former Presidential aspirant of the Peoples Democratic Party, Sam Ohuabunwa, has lashed out at the current Federal Government led by the President, Major-General Muhammadu Buhari (retd.), over its ineptitude towards the demands of the Academic Staff Union of Universities.

This was as the past President of the Pharmaceutical Society of Nigeria noted that government attitude towards education signaled doom to the sector, even as the 2023 general election inches closer. He stated this in a statement, on Wednesday.

According to him, the authorities were unwittingly prompting ASUU to resume a strike it just called off.

The statement read, “I was pained to note that this out-goung Federal Government has taken deliberate actions to humiliate our university lecturers.

“Every well-meaning Nigerian appealed to ASUU to call off their strike after 8 months even when they felt that their demands had not been met. They eventually complied as requested including obeying the Industrial Court order. That was humiliating enough for them to resume without achieving most (or any) of their demands but they were willing to bend over in response to the cry of parents, students and Nigerian patriots.

“They resumed and were mobilising to do their utmost to recover lost time. They were doing their utmost to rebuild their motivation and then go the extra mile to redeem lost time, now this half salary matter happens to Nigeria’s lecturers. This is terribly disconcerting. We are not even talking of the seven or so months that have not been paid at all. They resumed in October and they were paid pro-rata like casuals or daily paid workers for the month! If this is not utter humiliation, then what can it be! Indeed, it is more than humiliation.

“It is very provocative. This government is trying to provoke ASUU and dare them to resume the strike! How can a responsible government do this?

“They want ASUU to resume their strike as long as they satisfy their ego that they have put ASUU where they want them – under their feet. There is no consideration whatsoever of what impact this show of power will have on the already dislocated university system in Nigeria. This is completely unconscionable.”

He added that with its current stance on education, the government did not have the interest of Nigerians at heart, calling on parents and critical stakeholders to rise up to the occasion.

“The government has registered two competing Trade Unions and refused to sign any new agreements or accede to any of the requests that led to the strike. I believe they have humiliated ASUU enough. If they were concerned with the well-being of Nigerian University Students and if they were concerned with the quality of education, these Nigerian government leaders ought to have appreciated that humiliated, demotivated and demoralised lecturers can neither teach well nor do meaningful intellectual work!

“This matter is no longer for ASUU members as he that is down needs fear no fall. It is now the matter for Nigerian Students, Parents and Patriots to rise up and put pressure on this government to stop humiliating and provoking our University lecturers if we want quality education for Nigerian students. If we had a more caring government, they would have considered paying ASUU members salary advance while discussing how to liquidate unpaid (disputed) arrears.

“Any leader with feeling should have appreciated the financial predicament of ASUU members (some who are husbands and wives) who had not been paid for nearly eight months! The consequences of this irrational humiliation and punishment to a very important segment of our National workforce will linger over a long time.

“I just pray that God will grant our present government officials who are on this vengeful mission grace for a rethink. May they remember that power is transient and that they would reap what they have sowed. Nigeria’s education system is broken and I hope they do not bury it before May 2023.

“The Minister of Education was quoted as saying that he had failed. That was true candour! But I was hoping he would follow up by submitting his letter of resignation! Perhaps that will be expecting too much from this genre of Nigerian Politicians!”