Mercy Johnson Gets Knocks After Declaring Support For APC, Tinubu 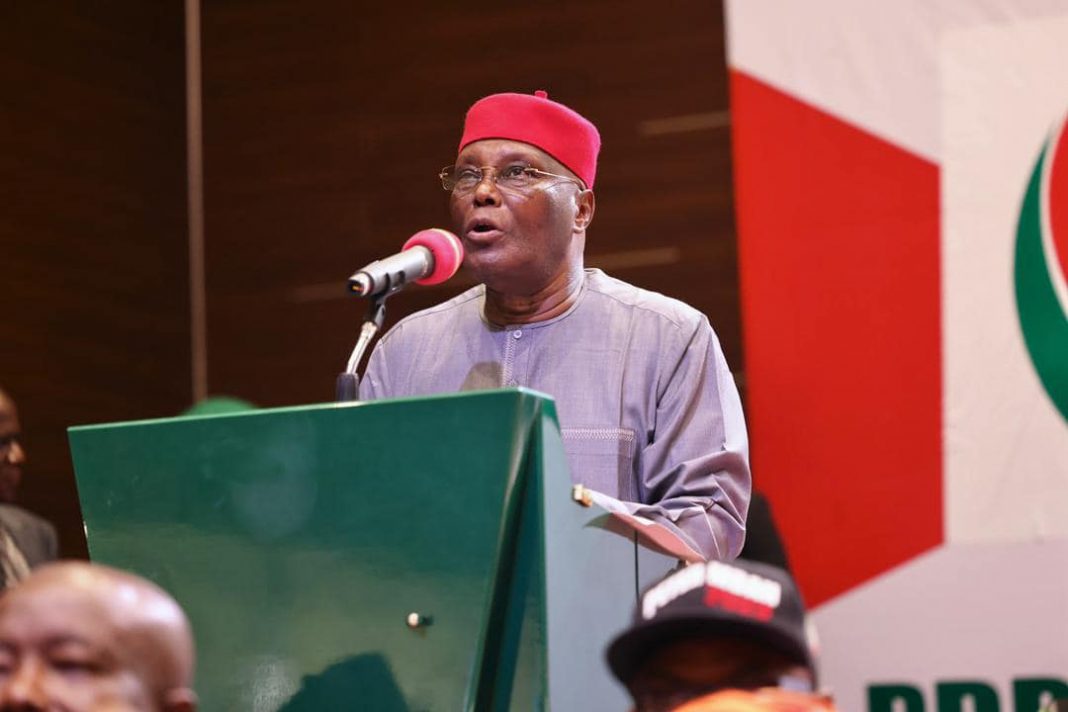 Atiku made this known in a statement by his campaign spokesperson, Senator Dino Melaye on Friday, as he urged Nigerians to critically examine the conduct and character of the people and parties that seek to lead.

The PDP presidential candidate claimed that it is becoming increasingly apparent that APC members are desperate to retain power, while also alleging that the APC used media propaganda to confuse Nigerians.

The statement read in part, “I once had a cause to describe the APC as an NGO and not a political party. Even now that it has managed to have a contrivance called party executive it remains formless, unstructured, uncoordinated and unorganised. It’s not surprising since as you may recall the coronation of the Chairman of the Party was a mere formalisation of the appointment approved by President Muhammadu Buhari, who is the lifewire, navigator, and camp commandant of the APC.

“As an indication of the unpreparedness of the APC to lead Nigeria, the party, in its nearly 10 years of existence, has no Board of Trustees. The Board of Trustees is usually referred to as the soul or the conscience of the Party. Without a soul, the party has remained rudderless, floundering, reactive and retrogressive. Before Ahmed Tinubu emerged as the flag bearer of the Party against the run of play, he had, in his usual entitled fashion, been addressed as the leader of the party. However, neither he nor any other was good enough to lead the BOT, so the structure remained sterilised.

“With the acephalic existence of the party, it could only function under a Caretaker Committee. Again, no one was worthy to lead the intervening contraption but a sitting Governor, who ordinarily should be preoccupied with the affairs of his state. As things stand, all the illegality committed in Buni’s era may be subjected to judicial interrogation. The shilly-shally continued until the Presidential Convention of Parties fell due.

“Again, the APC acted disjointedly, asking to be granted an extension of time by the Independent National Electoral Commission ( INEC). While PDP had conducted its Party Convention and Presidential Election convention as scheduled, INEC had to babysit and spoon-feed APC before it could hold its Party and Presidential primaries conventions. How the Party dilly-dallied before ending up with the contentious selection of a running mate for its presidential candidate is another lamentable story waiting to be told another day.

“Another evidence of maturational lag manifested during the Presidential Primaries. The National Chairman of the Party, acting for himself or a proxy expressed preference for a candidate, while majority of APC Governors had their own choice. Though President Buhari, sometimes humoured to be the leader of the Party, did not make any pronouncement, it is unlikely that the Chairman acted alone without the approval of the man behind the mask. Till today it has been a ding-dong between the National Chairman of APC and the flag bearer of the Party. Where is the time to think or act on the good of Nigeria in all these?

“Perhaps a more telling indicator of the gross unpreparedness of the APC for governance is in the constitution of its Campaign Council. In its unguided attempt to be at pace with the better organised and better-structured party like the PDP, the APC amateurs bypassed processes, ignored consultation, discarded vital inputs and ran to the press with a hurriedly hemmed list of Council members.

“As the joke goes, it is the matter they are still settling. The omission or commission arising from the composition has led to accusations and counter-accusations of usurpation of power, disregard for processes, violation of power boundaries, engagement of the dead and even the borrowing of names from other parties to make up numbers or profiles.

“The inauguration of the APC Campaign Council has since been postponed indefinitely! If the kick off of campaigns was unified by INEC APC would still have held PDP and other parties down from commencing their campaign, but Gentlemen, as you can see PDP is already up and running”.