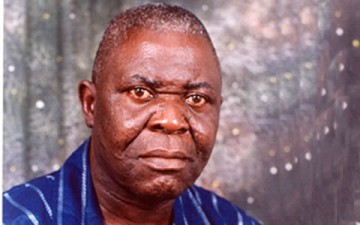 Chief Ayo Opadokun, a former secretary of the National Democratic Coalition, has argued that regions should now make up the constituent parts of federation in Nigeria, saying the country must revert to true federalism for it to develop.

At a forum hosted by the Coalition of Yoruba Self-Determination Groups in Ibadan, he made this statement in a lecture he gave.

Opadokun added that Nigeria must change the Federal Constitution/Independence policies it had adopted after being independent, which had turned it into the Giant of Africa.

According to him, “Nigeria, like Germany, Argentina, Canada, Brazil, Iraq, Indian, Malaysia, Russia, Pakistan, USA must now be a federation of regions.”

He said, “The Independence Constitution, upon which Nigeria secured her Independence, allocated spheres of influence to the regional and central governments, which made the component units independent and equal, while they were coordinating at the centre on an equal basis.

“The Central Government was not the boss of the component units. The Federal Constitution in practice enabled all governments to compete healthily as they provided services to the citizens, using the natural and human resources in their regions to improve the standard of living of their people.

“It’s an undeniable fact that the spectacular achievements recorded under the Federal Constitutional Governance remain unmatched and unsurpassed milestones of Nigeria’s identity till date. For example, the Western Region under Chief Obafemi Awolowo recorded spectacular feats summarised in his 1959 valedictory address.

He said Nigerians must choose to either continue with the unitary system if the government is practicing in the name of federalism or return to true federalism before the 2023 elections.

Speaking on the insecurity in the country, Opadokun said the Nigerian government had failed woefully to discharge its responsibility of protecting the people.

“While the Yoruba people prompted their governors to establish a state outfit to give them some security respite, the Central Government has failed to give the states approvals to buy ammunitions that will empower the Amotekun outfit to protect citizens. Conversely, the Nigerian State is ready to deploy Nigeria Police officers or civilian outfits (like Tompolo) with guns and ammunition to protect inanimate objects,” he added.

The Secretary-General of the Coalition of Yoruba Self-Determination Groups, Steve Abioye, also described the refusal to grant Amotekun the approval to bear sophisticated arms as unacceptable.