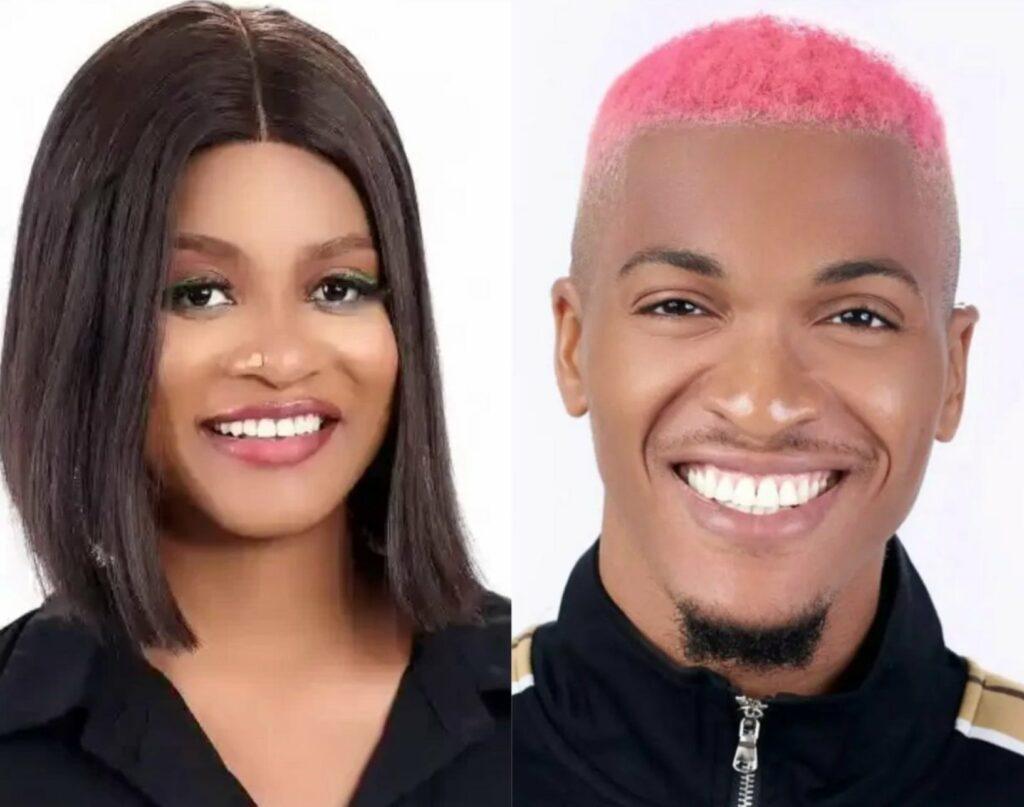 Big Brother Naija housemate, Groovy appeared to be really upset with his newly found lover, Phyna after she repeated hailed level 1 housemate, Hermes during the sponsored task on Thursday.

The argument got so serious that Phyna had to walk out on Groovy.

The lover boy had expressed feeling disrespected by Phyna for repeatedly hailing Hermes but Phyna saw it as normal support which didn’t go down well with him.

Phyna however, apologised to Groovy during their Thursday night pool party and they moved on with their Public Display of Affection as both were seen kissing passionately during their pool party.