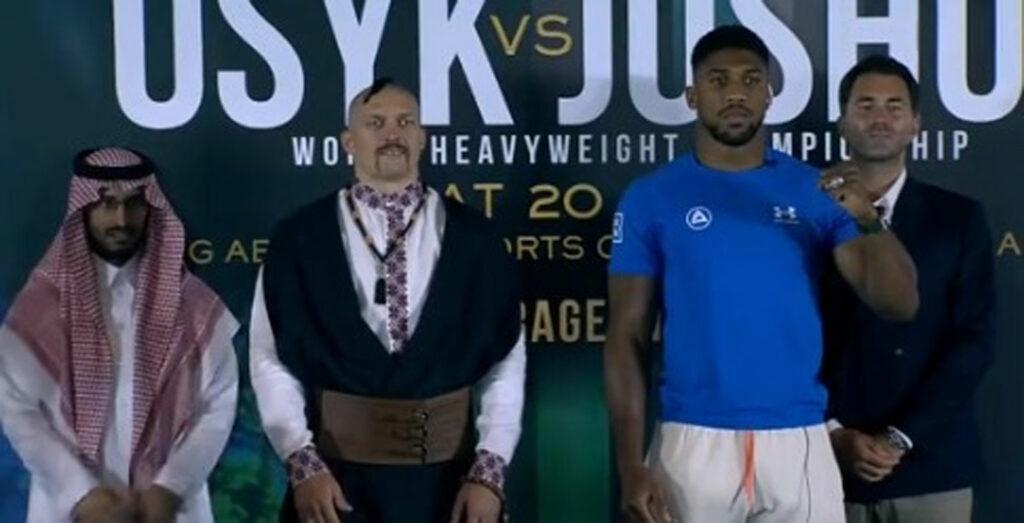 Egis Klimas reeled out how world heavyweight champion, Oleksandr Usyk is preparing to defend his titles against Anthony Joshua on Saturday, saying he is in the best shape to face the Briton.

Both boxers attended a press conference in Saudi Arabia on Wednesday, which was monitored by Vanguard, to speak on how prepared they were ahead of their showdown.

While both men reserved praises for their sparring partners and each other, Klimas who is Usyk’s manager, was quick to point out the tough training measures the Ukrainian has been undertaking in preparation to face Joshua.

Usyk’s return to the ring follows his involvement in trying to defend his country Ukraine against Russia’s invasion.

I expect a competitive fight – Usyk

Usyk said he expects to face a tougher and more resistant opponent in Anthony Joshua this time around when asked if he sees the re-match being competitive.

Winning by unanimous decision when they met last September was an indication that Joshua was clearly the second best on the night, but Usyk does not see victory coming as easy as it did then.

“Yes, it’s true. We learned each other in the first fight. He learned me and I learned him. We had time to study each other and this Saturday night will be a great fight.” Usyk responded