Tonto Dikeh, Discloses On Social Media How She Was Defrauded Of 370 Thousand Naira 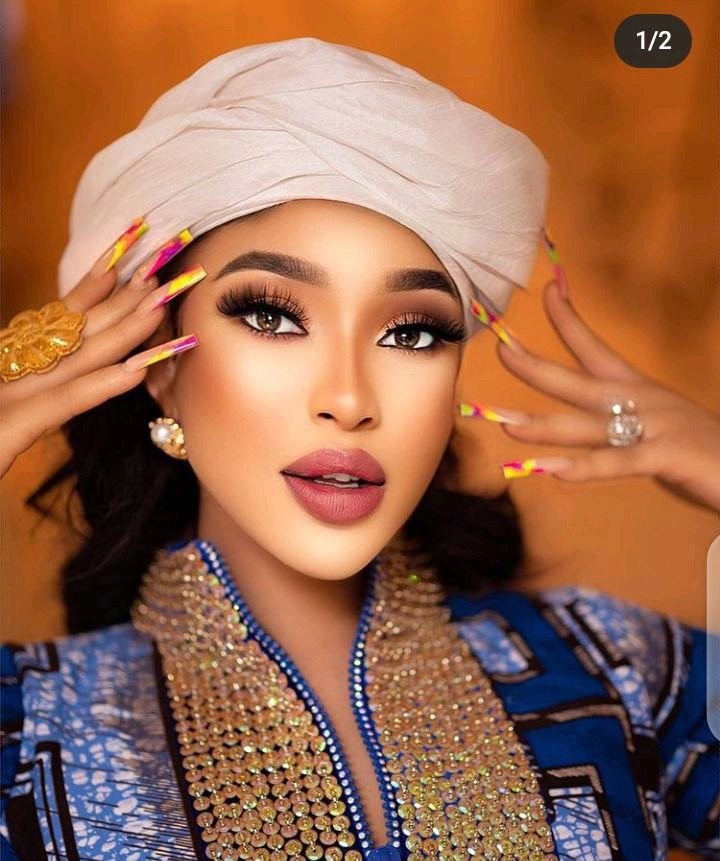 Tonto Dikeh, a well-known actress in Nollywood, has turned to social media to express her regret after falling prey to a scammer a few weeks ago who tricked her into paying the sum of 370 thousand Naira online.

The River State deputy governor candidate, who expressed her sorrow on her official Instagram story, remembered how, a few weeks earlier, she gave a random fan of hers 370 000 Naira since she was going through a terrible battle and had just given birth.

However, Tonto Dikeh revealed that she decided to check in on her after a week, only to find that the account had been deleted. She added that she was upset and felt used by the person who had used the account, but she had to move on.

The mother of one further stated that she had to ignore and delete a similar message that had been sent to her via the internet two days prior, asking for medical assistance, only to open her message inbox this morning and discover that the child she had been attempting to help two weeks prior had passed away.

Finally, Tonto Dikeh admitted that her heart hurts so much and that she is currently crying so much that her eyes hurt. 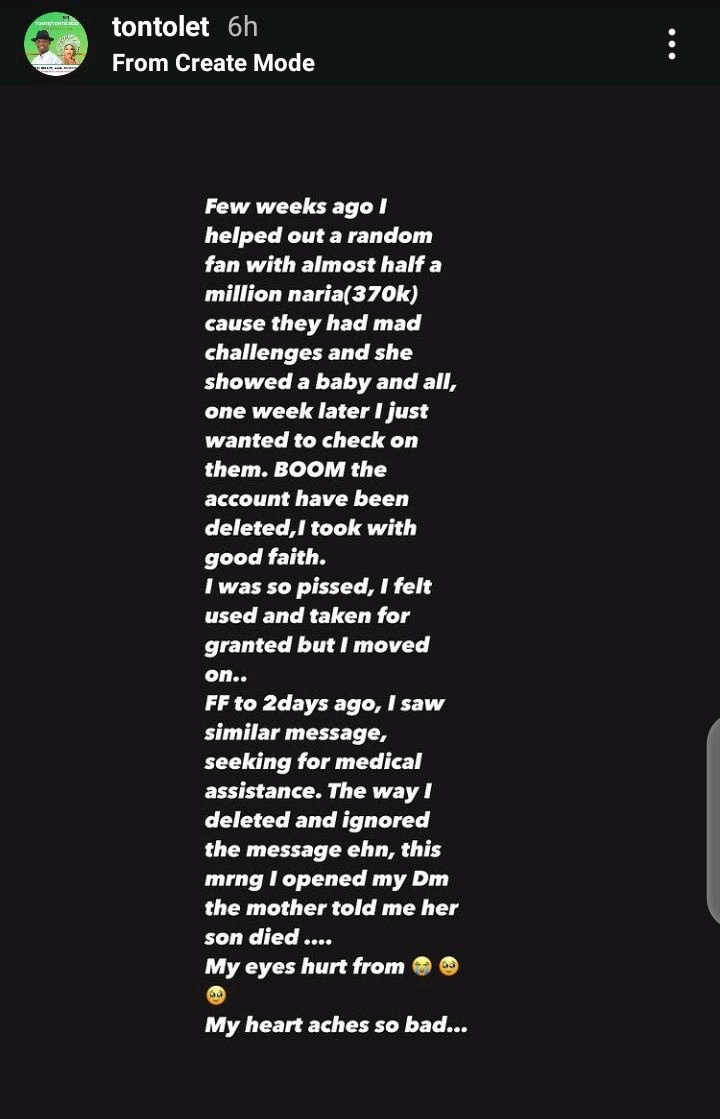 Content created and supplied by: Darasimi98 (via Opera
News )