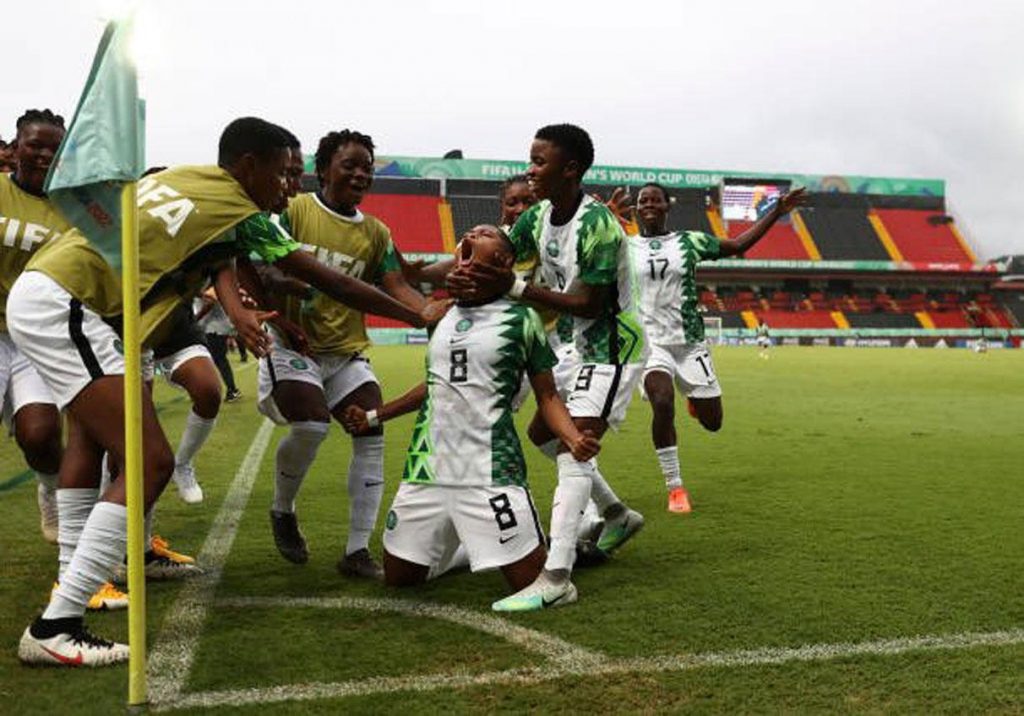 Nigeria’s Falconets at the ongoing U-20 Women World Cup in Costa Rica are not satisfied with the six points from two games they have amassed so far and want to go for the kill against their last group opponent, Canada.

The Falconets courtesy of Flourish Sabastine and Esther Onyenezide scored late goals in their first two group stage matches to destabilize their opponents – France and South Korea respectively, to run away with all three points on each occasion.

Canada who currently occupy the bottom spot in the group will be playing for pride and aiming to at least take home something from Costa Rica. They need nothing short of a miracle to stand a chance of making it to the quarter finals. But while they have their plans, the Falconets have a different agenda which is to take all nine available points from Group C.

‘We are going all out for this game as we are not looking at the fact that we have been winning. We won’t take this game lightly and will put in more effort accompanied with goals.’ She concluded

‘Nigerians should expect nothing but total victory, like we’ve always been doing by God’s grace. We’ve taken all our games one step at a time and hopefully we’ll get better.

‘After playing France we improved in our next game and I’m very certain that with the corrections and improvements that our coaches have made on us, the next game against Canada we’ll also come all out because we want to keep winning.

Team coach, Christopher Danjuma also the game against Canada is an opportunity to continue improving in every area.

‘God has been helping us, we’ve been building the team. Games after game we’ve been building strength, and I believe the game against Canada is also one of those games that we want to improve on our lot on every area that we have noticed that we need to work on.

‘The more matches you win, the more respect it earns you. You earn from the opponent, you earn from everybody.

The game is billed for 3 am on Thursday.