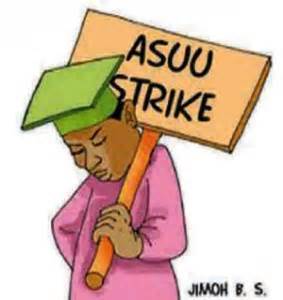 Tuesday’s meeting between the Federal Government and the Academic Staff Union of Universities (ASUU) ended in an impasse.

According to sources with knowledge of the situation, the Federal Government delegation met with ASUU representatives at the National Universities Commission’s main office.

A source told newsmen, “Professor Nimi Briggs oversaw the meeting with the FG team, which began at 12:00 and ended at 3:00. They merely begged us to end the strike; there was no fresh offer on the table.”

Also Read: ASUU On Strike Because Of PDP – Keyamo

A top ministry official verified what another source claimed, saying, “The academics left furiously, however we cannot truly determine what was discussed with them as you can see, we were not invited, but the suggestion offered was rejected.”

Also confirming the development, a member of the ASUU National Executive Committee who asked not to be quoted explained to our correspondent that the government was “unserious” with the negotiations.

“They are not serious. I can’t go over the details with you because the president is responsible for disseminating the information. The proposal presented was unreasonable. There is no hope in sight”.