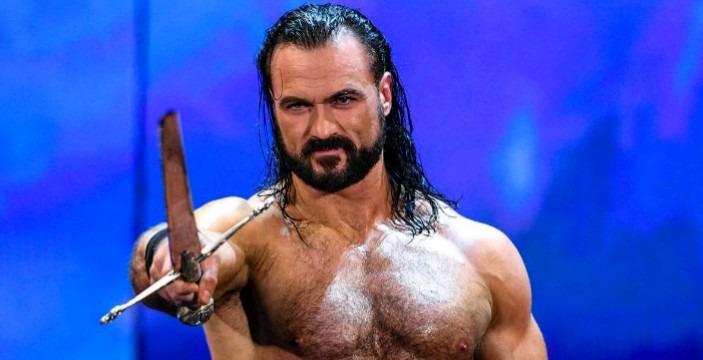 Dolph Ziggler recently came into contact with Theory, who was also making his return after a lengthy absence. Theory criticized The Showoff for having a failed career before a match that night that Theory easily won. By convincing Theory to risk losing his briefcase in a rematch and seizing his chance to win the World Championship, Ziggler might exact revenge for the defeat.

Cody Rhodes announced his intention to take part in the Money in the Bank ladder and win the golden briefcase the night before he departed the WWE due to a shoulder ailment. Due to the seriousness of his injuries, he was unable to play in the game. However, Rhodes might eventually complete that after making a full recovery from an injury and, assuming Theory is still in possession of the contract by then for the money in the bank briefcase, challenge him.

Karrion Kross may receive a significant boost to the top as one of Hunter’s pet projects given that everything appears to be going well under his direction. Kross is a massive force who, based on his stellar performance in NXT, is widely regarded as a future world champion. He may replace Theory as Triple H’s leading man, just as Theory deposed Vince McMahon for the Money in the Bank purse.

Drew McIntyre, a Scottish Warrior, was another Superstar who entered the Money in the Bank Ladder match as the favorite to take home the coveted briefcase. Even though Theory won the match that night, there is a chance that Drew will again fall short of winning the Undisputed Championship at WWE Clash at the Castle.

Drew, who is dissatisfied with his lack of significant victories, might confront Theory for the briefcase, risking his future. McIntyre may have ultimately prevailed in the match with a Claymore Kick and the chance to win the money in the bank in his possession.

With his successful title run, freshly revamped appearance, and newly sculpted physique, the current WWE Intercontinental Champion Gunther might be in line for a significant push on the main roster. The Ring General might have the ideal chance to climb to the top of the WWE mountain if he defeats Theory in a high-stakes match and wins the money in the bank briefcase. Theory was another Superstar created under Triple H’s former NXT brand.

Content created and supplied by: Yekrash01 (via Opera
News )