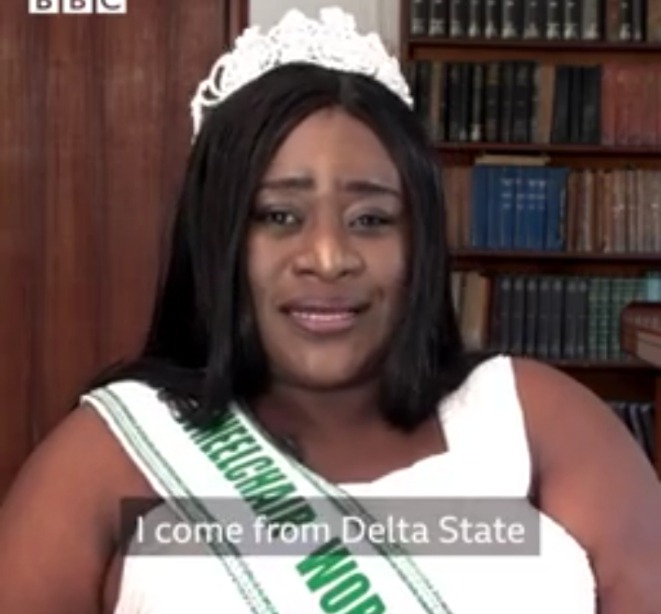 Rita Ofili, the current miss wheelchair Nigeria from Delta State has shared her story and revealed how being on a wheelchair didn’t stop her dreams of becoming a beauty queen. In an interview with BBC NEWS PIDGIN, she stated that she wasn’t born disable and that her problem with disability started when she was about eight years old. She said her mother took her to the hospital for a slight medical treatment, only for her to be given a wrong injection that later turned out to affect her legs.

She said that when she could no longer use her legs, growing up became really hard because her parents couldn’t afford to buy her a wheelchair and as such she had to crawl and be carried around by her family members until she was about 20 years of age. However, she wasn’t deterred from pursuing her passion despite her condition as she had always wanted to become a model. Following her graduation from the University of Lagos in 2010 where she studied Linguistics, the opportunity to further her dreams came when a certain man invited her to contest for miss wheelchair Nigeria and that was how her journey started. Today, she’s Miss Wheelchair Nigeria and will be representing the country at Miss Wheelchair World in Mexico later this year. 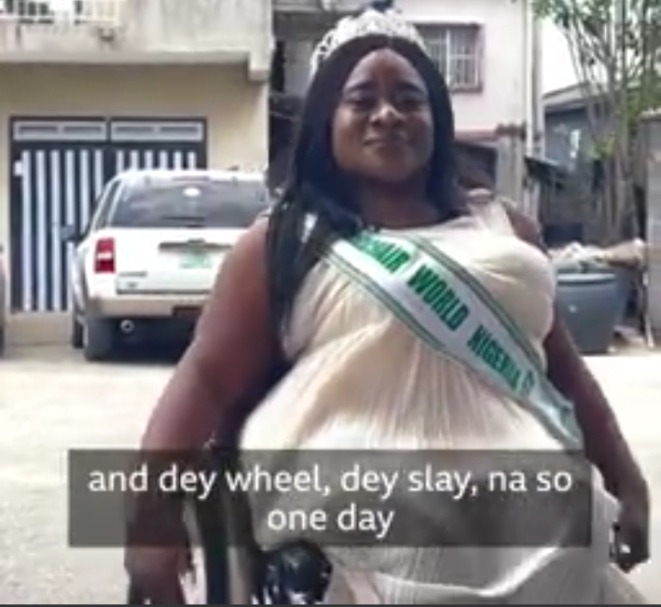 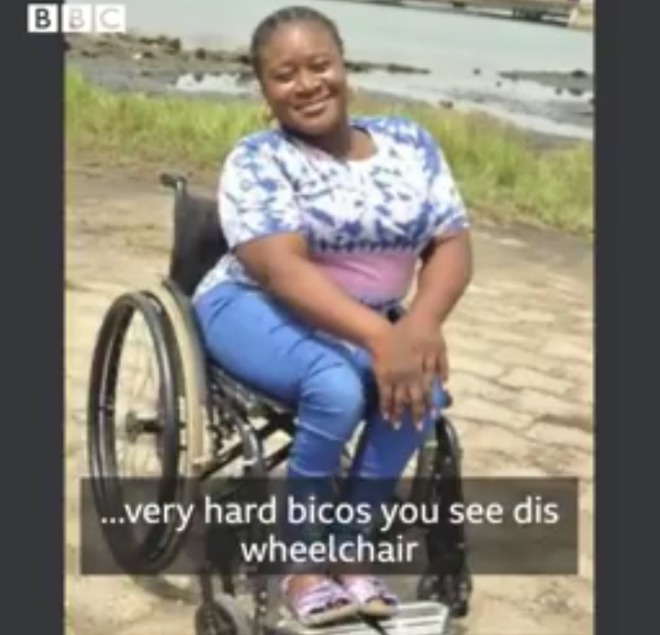 According to Rita Ofili, the most painful part of being on a wheelchair is how people throw money at her or try to squeeze money into her hand even with the crown on her head. People think she’s a beggar because she’s on a wheelchair. Also, she disclosed that some pastors have told her that she seems happy to be on a wheelchair, and whether she wouldn’t love to come to their church to be healed so that she can walk on her feet. She equally said that even some men have labelled her unfit for marriage making it look like she’s totally useless given her condition.

You Can Watch The Video Here.

Content created and supplied by: Maxidel (via Opera
News )