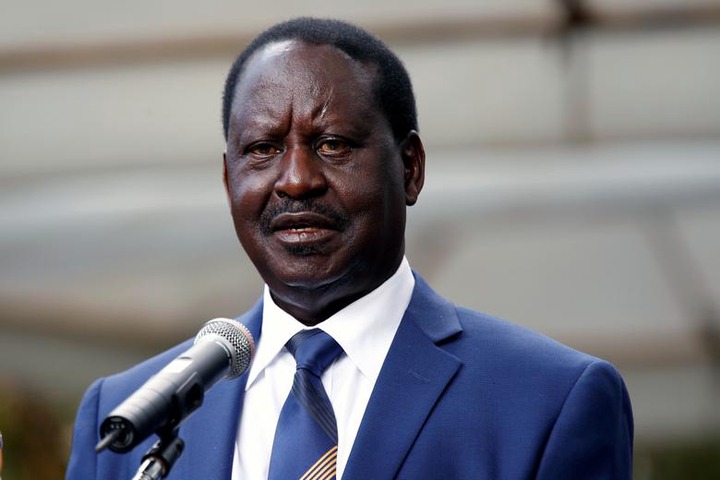 The presidential candidate of Forum for the Restoration of Democracy Party, One Kenya Party, Raila Odinga has rejected the results of the 2022 presidential election which was announced yesterday by the Independent Electoral and Boundaries Commission (IEBC), chairman Wafula Chebukati where United Democratic Alliance Party (UDA), candidate William Ruto was declared winner

Addressing the media on Tuesday afternoon, Mr. Raila Odinga has announced he would be heading to court to challenge the results which he termed as null and void

“What we saw yesterday was a travesty of the laws of Kenya by Wafula Chebukati and a minority of IEBC Commissioners. The figures announced by Wafula Chebukati are null and void and must be quashed by a court of law. In our view there is no legally declared president elect. Raila Odinga said

“I want to further commend the heroism of the four commissioners the majority of IEBC who stood up to the bullying and illegal conduct of Mr. Wafula Chebukati we are proud of them and ask them not to fear anything kenyans are with them. Raila Odinga said

Raila Odinga urge his supporters to remain calm, as he seek justice in court to have the results nullified

“I want to commend our supporters to remaining calm and keeping the peace, and I urge them to continue to do so let no one take the law into their own hands. We are pursuing constitutional and lawful channels and processes to invalidate Mr. Chebukati’s illegal and unconstitutional pronouncement. We are certain that justice will prevail. Raila Odinga said

The former Prime Minister Ralia Odinga who ran on Forum for the Restoration of Democracy Party, One Kenya Party got closely with 6,942,930 votes

Content created and supplied by: Anthonykayceesblog (via Opera
News )