PDP has reacted to the alleged defection plan of Rivers State Governor, Nyesom Wike, from the party. 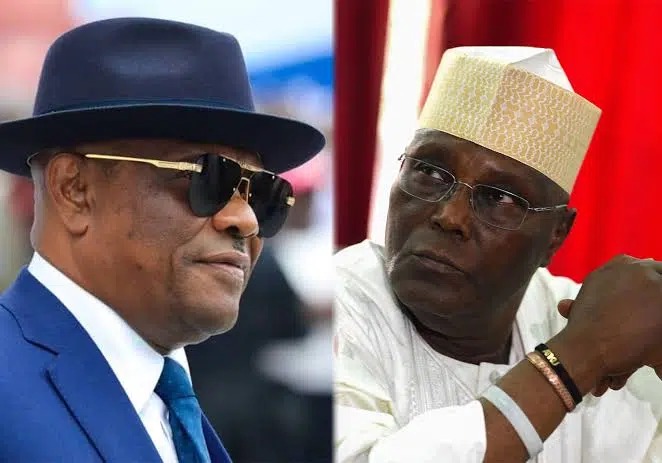 The Peoples Democratic Party, or PDP, has reacted to Nyesom Wike, the governor of Rivers State, allegedly plotting to leave the party.

According to Naija News, the party has been in a state of crisis since the presidential primaries, in which Atiku Abubakar, a former vice president, emerged as the front-runner.

After Ifeanyi Okowa, the governor of Delta state, was selected as the party’s vice presidential nominee, the conflict between Atiku and Wike grew worse.

There have been rumors that Wike will soon leave the All Progressives Congress (APC) because of his recent interactions with APC chieftains.

Debo Ologunagba, the PDP’s national publicity secretary, responded to the happenings by saying that Wike had too much invested in the party to consider leaving them.

“Governor Wike is a crucial contributor to this party,” he declared. He is a man who has put a lot of money into this campaign. He has gained a great deal from the party, which has also helped him advance.

He has stated numerous times that he is a devoted party supporter and has remained true to the party from its founding.

“He assured the entire world that he was prepared to respect the conclusion of the elections before the presidential primaries in which he competed.” I don’t have any proof that he’s changed his mind.

Content created and supplied by: MarvellousOtg (via Opera
News )