Michael Knighton: What to know about ex-Manchester United Director plotting to buy club from Glazers 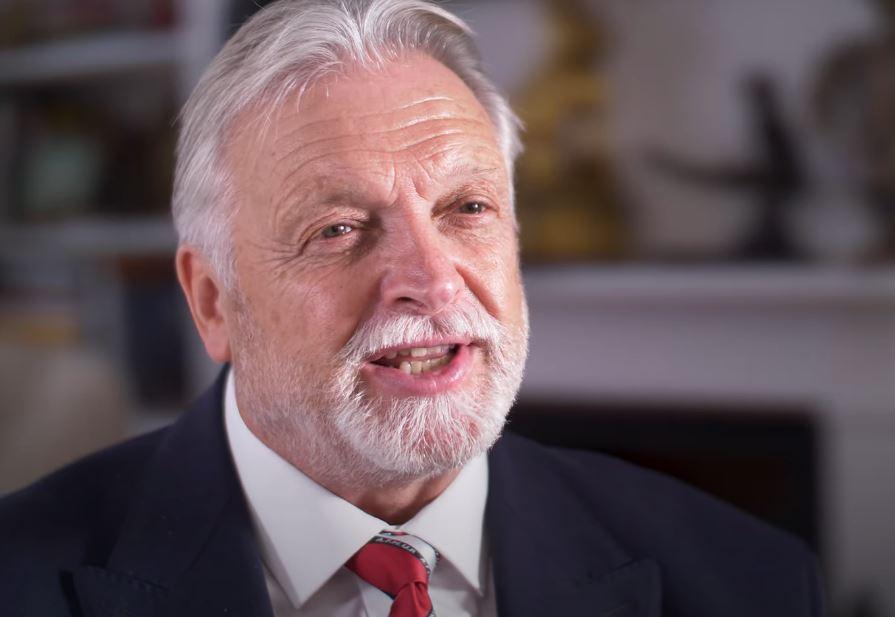 Former Manchester United director Michael Knighton has been in the news lately following his expression of interest to take over the club from the Glazers family.

Knighton has confirmed that he and a consortium are in the process of drafting a bid to buy Manchester United.

But who really is Michael Knighton? Here is everything you need to know Knighton and his trajectory at the Manchester United side:

Who is Michael Knighton?

Knighton is best known for his involvement in Manchester United and Carlisle United football clubs.

The business first came to prominence in 1989 following his scuttled £20 million bid to buy Manchester United.

Knighton’s bid proved abortive and he consequently took a seat on the club’s board.

The businessman narrowly bought Manchester United in 1989, and he was close in on ousting the Glazers after 16 years reign of alleged mismanagement.

Knighton, a 70-year-old British businessman, started out in life by trying to become a footballer. As a youngster, he secured an apprenticeship at Coventry City but his footballing career was cut short due to an injury.

After the incident, Knighton moved into teaching, taking up a P.E teacher role at Huddersfield Grammar School, where rose to become headteacher.

He ditched his teaching career in 1984 to take up interest in property business.

Knighton announced his arrival in the world of football five years later when he submitted a £20million bid to purchase United.

It was a record offer to purchase a British football club at that time, and it was accepted by chief executive Martin Edwards, leading to Knighton announcing his early arrival at Manchester United. Knighton took to the pitch in a full United kit prior to the team’s opening game of the 1989-90 league season against the London side Arsenal.

But, following several weeks of discussions and negotiations, key investors withdrew and Knighton abandoned his bid to buy the Reds. He opted for a seat on the board of directors.

After his failure to buy United, Knighton went on to purchase Carlisle United in 1992 and left ten years later. Knighton has not been involved in football since the club was put into voluntary administration.

After taking over United in 2005, the Glazers have come under intense pressure to sell the club.

The assumption of Erik ten Hag as Manchester United’s new manager is a perceived signal of the beginning of a new dawn at Old Trafford, while little activity in the transfer market also added up pressure on the Glazers family to sell the club.

Meanwhile, hundreds of United supporters have staged a protest against the Glazers ahead of Sunday’s Premier League season opener against Brighton.

The protesters marched from MediaCity to Old Trafford. Once inside, anti-Glazer chants rented the air around the stadium, with Avram Glazer, attending for the first time in almost a year, watching from the directors’ box.

The Glazers ownership of Manchester United has received more heat, with supporters pleading with them to sell up.

The Significance of Knigthon’s bid:

Knighton’s bid is hopefully better if it comes to fruition owing to his years of experience at Manchester United. Knighton, although he has not worked in football for several years, knows United inside out and clearly holds the club dearly to his heart, serving the club’s board between 1989 and 1992.

Knighton could cash the financial might to fund a deal to buy the club on his own and would require the support of a consortium to make his bid possible, which is the route he is towing.

Knighton has meritoriously served the Manchester United board in the past.

In an interview with Manchester Evening News, Knighton said, “We are a club in crisis and we all know the reason why,” he told Man Utd The Religion this week. We have an inept and frankly useless ownership who knows little about this game of football.

“Everyone knows that we need new ownership of this football club and that is my aim and those are my objectives. I am making good progress, continuing to talk to the people, I have got some good pledges and good finance,” he added.