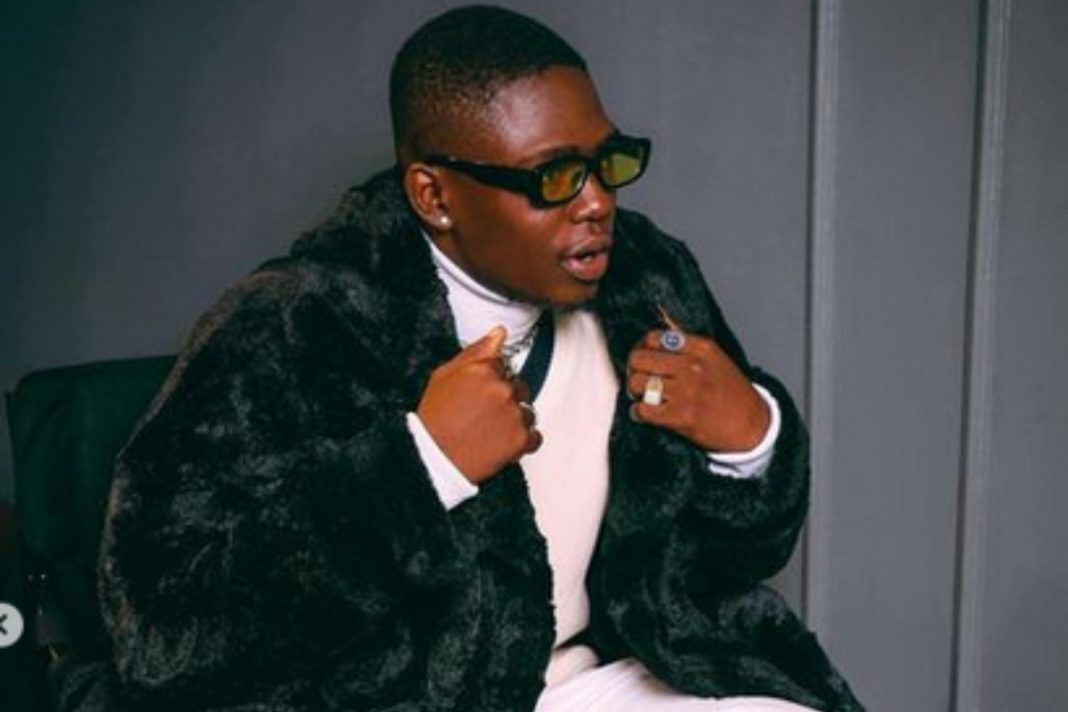 READ ALSO: Driver Reveals What A Passenger Did After He Politely Warned Her Not To Brush Her Hair In The Car

Shank took to his Twitter page to announce his latest achievement as he thanked his Maker for granting him the means to own his personal ride after so many years of hard work in the comedy industry.

Expressing his fulfillment for his hard work and dedication, Shank wrote on Twitter; “Got my first ride today. Thank you Jesus.”

See the photos below:

In other news, a video has been sighted on the internet that captures the moment the veteran Nollywood actress, Rita Daniels expressed her displeasure with the terrible dietary choice of her nursing daughter, Regina Daniels.

This comes shortly after the actress, Regina Daniels welcomed her second son with her husband. Ned Nwoko. The news was made public by Ned Nwoko himself whiles he was celebrating the birthday of his first son, Moon.

“June 29th is indeed a blessed date for me and my family…. With so much joy in my heart, I announce the birth of my second son,” he wrote on his IG page.

The actress also took to her IG page and wrote; “Moon and his younger brother are definitely gonna be each other’s lifetime companion, partner in crime with an unbreakable bond in Jesus name coupled with the fact that they share same birth day…. I am so blessed @princemunirnwoko you got your best gift and I’m so happy you get very excited when you see babies

Many of her fans expressed their excitement over the news as well as shared their congratulatory messages with the actress and her husband for the arrival of their second son.

A video making rounds on social media captured the moment Rita Daniels scolded Regina Daniels over her poor choice of diet. She expressed her displeasure after walking in to see the actress eating a piece of cake instead of something healthy in order to keep the baby in good shape.