BBN: “Beauty is too big to be fighting over a man.” — Doyin tells colleagues 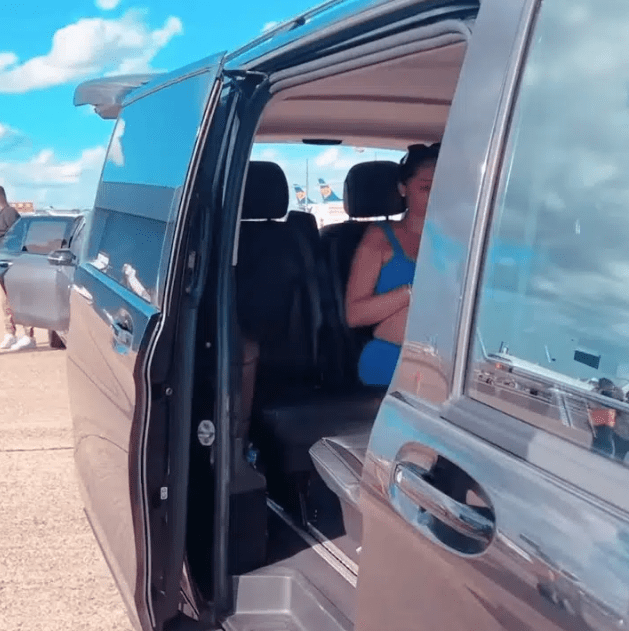 Fans were obliged to accept the rumors despite the singer and Jada’s silence, especially in light of a recent Instagram story video Wizkid released.

The ‘Fever’ hitmaker filmed his kid Zion in a series of videos as they boarded a flight for London.

Nevertheless, whether by mistake or design, the camera captured a woman sitting in a car who appeared to be significantly pregnant and fans raised suspicions alluding that she is Jada Pollock.

See the screenshot from the video below:

In other news, Nigerian businessman and music executive, Soso Soberekon, has thought back on his greatest regret in life, which he claims was not signing musicians Teni Apata and Patoranking when he had the chance.

Soso Soberekon received a number of questions from followers after starting a question and answer session on his own Instagram page, and he then answered them honestly.

When a follower questioned him about his greatest regret, Soso Soberekon replied that it was his refusal to sign Patoranking and Teni.

He went on to say that Patoranking would frequently ride an Okada (motorcycle) from Ikorodu/Ebute Meta in Lagos to meet him and urge him to sign him but he turned down his request.

Soberekon continued by saying that he later signed another musician, who Patoranking is now 100 times bigger, and that this caused him a great loss.