PDP Primaries: Wike and Atiku remain the front runners in the primaries 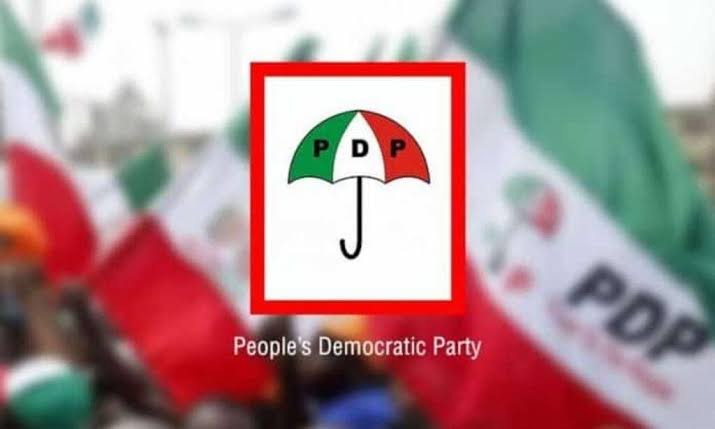 Today is D-Day; all eyes are on the Peoples Democratic Party (PDP), which has to choose its presidential candidate in the 2023 general elections.

The path taken by the PDP towards the special presidential national convention has been particularly thorny. Several issues have arisen and the decisions taken by the party on these difficult issues have shaped the electoral structure among the 14 candidates for the presidential flag of the main opposition party.

For instance, the controversies that led to the sacking of the party’s former National Working Committee, the appointment of new national party officials led by Senator Ayochi Ayew and the ratification of the National Electoral Allocation Committee led by Governor Samuel Ortom, have shaped the prospects of the congress being held at the MKO Abiola Stadium in Abuja to choose the next presidential candidate of the PDP.

A total of 17 people purchased nomination forms to contest and express their interest in the PDP. Of these, the David Mark-led committee disqualified two candidates while another candidate, former Anambra State governor Peter Obi, decided not to contest for the nomination. As a result, 14 candidates are vying for the PDP ticket today, one of whom will be declared the winner at the end of the convention.

The party delegates who will choose one of these presidential candidates began congregating in Abuja on Wednesday and their arrival has highlighted some of the candidates who are at the forefront of the race.

Contrary to all previous predictions, the race for the PDP presidential ticket is essentially a contest between the two candidates. With the arrival of delegates and party leaders in Abuja ahead of the convention, it is becoming increasingly clear that former Vice President and former PDP presidential candidate, Alhaji Atiku Abubakar and incumbent Rivers State Governor, Nyesom Wike, will contest to win the election.

Many delegates who spoke to our correspondents on condition of anonymity say the most important thing for the party ahead of the 2023 elections is to win the presidential election and also that the PDP should win the majority of the states in the governorship election.

The prevailing view among the delegates is that the position of the party leadership on the zoning dispute is based on considerations of winning the general elections.

“So if we are here to win elections, that of course is our main goal. Where and how positions are allocated is not as important to a political party as who can win elections for the party.

“This is the enlightened self interest of the PDP from today. It is for this reason that the party leadership has not conceded to the zoning demands and the same interest will determine the outcome of our convention on Saturday (today),” remarked the Ondo State delegate.

Another delegate from Kaduna State, who spoke to our correspondent, said: “Everyone in the PDP knows that we won the last presidential election. The election was heavily rigged but the APC was able to declare defeat for Atiku by a margin of less than two million votes. I don’t think there is any reason to change the candidate we are used to. Someone who has experience and is good marketing material in this country. With all due respect to the other candidates, I dare say none of them are as relatable as Atiku. Yes, Saraki also has some notoriety, but he cannot be compared to Atiku.”

Although the campaign offices of some candidates were busy during the week of The Guardian’s visit to Abuja and the liaison houses of some state governments whose governors are also in the race were adorned with campaign signs of the governors of those states, President Muhammadu Buhari’s refusal to sign the amended version of the 2022 election law seems to have affected the candidates’ planning for logistical support to delegates.

Many delegates are expecting the state wards of the party from the North to come to the convention as a united block and vote for Atiku and Tambuwal. Although Wike is expected to make inroads in some places in the North, the results show that Northern delegates are not ready to cast their vote for the Rivers State Governor.

In contrast, a large number of delegates from the South favour candidates from the North, especially Atiku and Saraki.

A delegate from Abia State who spoke to our correspondent said the withdrawal of former Anambra State Governor Peter Obi from the race has opened up the eastern side to the chase.

Meanwhile, a source in the Wike camp yesterday said there was a sinister plot to tarnish his image ahead of the primaries.

According to the impecunious source, one of his closest rivals is hatching a well-planned plan to portray Vike as a fixture whose political expenses are financed by income from illegal practices.

The source said: “Although amid Wike’s relentless fight against bunkering and illegal oil refining across the country, hackers from one of his opponents are relentlessly trying to advance the story. They intend to portray him as an economic saboteur who is collaborating with European allies to continue the act in the country under his jurisdiction.

“Part of the plan is to buy space in five national newspapers on the eve of the presidential primaries to spread fictitious stories accusing Wike of involvement in oil bunkering in his area. The aim is to discolour the PDP presidential candidate in the eyes of the public and restore his former profile of integrity as a public servant capable of holding high public office. It will also present Vike as a hypocritical public servant who destroys illegal oil refineries by day and dines with bunkers for dinner. The timing of the publication will also give Vike and his team little scope for reaction and rejoinder as the fabricated stories will be made public just before the accreditation of delegates at the Moshood Abiola National Stadium velodrome.”

The source added that from the false pedestal of being a possible dabbler or buffoon in the presidential race, Wike has received such support and recognition across the country that he has surprised doubters.

“Wike’s sweating on the electoral trail and the shifting dynamics of political discourse have caused serious concern among some of his most competitive rivals. In recent weeks and months, his tenacity, energy and proven ability to build bridges and work as a team has been more evident than ever. His honesty and courage to speak with force are important positive qualities. Currently, to the surprise of political observers, Wike is in a good position to grab the ribbon,” the source added.

Content created and supplied by: 9jadirect (via Opera
News )