Doctors threaten to strike over pay, CBA – The Standard 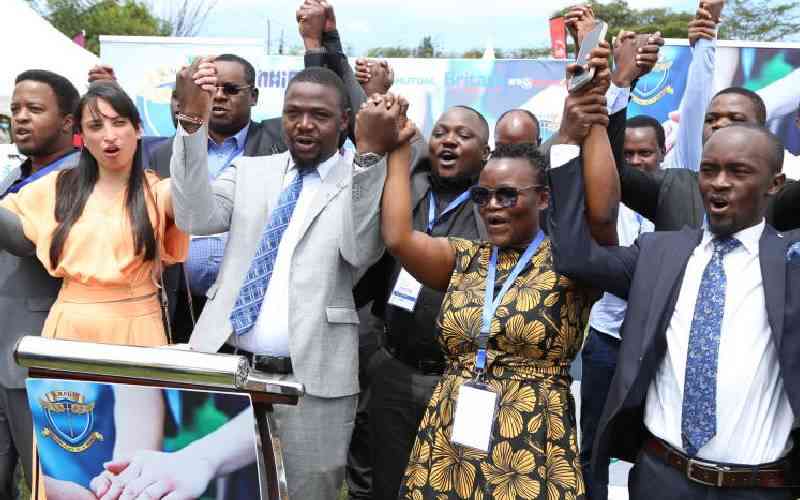 Doctors have threatened to go on strike, accusing the government of failing to honour their 2017-2021 Collective Bargaining Agreement (CBA) that provides for basic salary adjustments.

Kenya Medical Practitioners Pharmacists and Dentists’ Union (KMPDU) Secretary General Davji Bhimji, in a statement said doctors will take action, including going on strike, if the registered CBA is not implemented.

In the statement released after the union’s Seventh Special Delegates Conference in Nakuru where medical practitioners from all counties convened, Dr Davji lamented that the Ministry of Health and county governments, among other stakeholders, had forgotten their agreement which included increasing their pay and effecting promotions.

“They have abandoned the implementation of the CBA, ignoring basic salary adjustments, creation of call rooms, posting of medical interns, and provision of working tools,” Dr Davji said, noting that the union is planning to start negotiating for a new 2021-2025 CBA within the next month.

“I wish to remind all stakeholders that the 2017-2021 CBA is still alive. You can be sure those engagements include all options available to unions, including industrial action. Let the country be on notice,” read Dr Davji’s statement.

KMPDU also protested what it termed as the exclusion of medical practitioners from the new government’s appointments.

“The union notes that amongst all the CSs, and PSs, there is no single medical doctor, dentist and or pharmacist,” read the statement.

It further called for reforms in the National Health Insurance Fund (NHIF), claiming that the institution’s management and governance structure has remained unstable with director positions remaining vacant for nearly a year now.

The union threatened to take action if the government fails to address the issues they had raised.