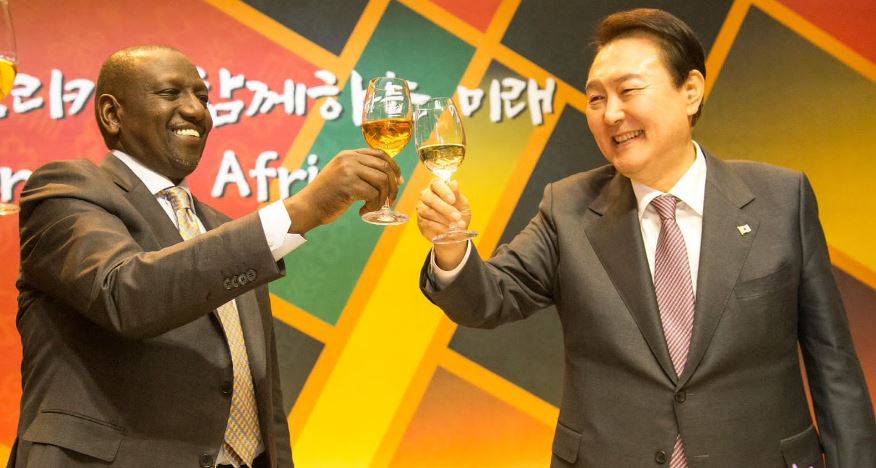 Speaking at Yongsan President’s Office in Seoul, when he held talks with his South Korean counterpart Yoon Suk Yeol, President Ruto appreciated the support under the economic cooperation development framework.

Kenya will also work with South Korea to develop manufacturing plants in the Konza Technopolis, an export promotion zone dedicated to pharmaceutical manufacturing, vaccine production and value addition in agriculture.

“We will implement strategies that increase farm productivity and seek your Government’s support for agricultural mechanisation as well as cooperation in research and technological innovation,” he added. 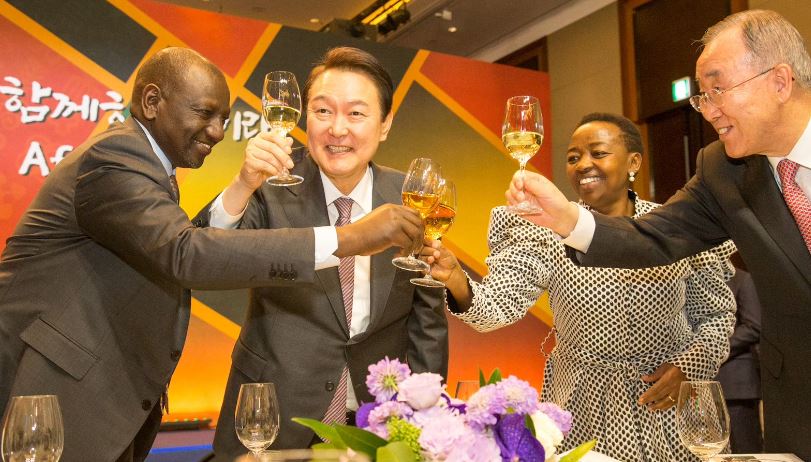 The two Heads of State also agreed to partner in green energy, security and the development of the Nairobi Intelligent Transport System and Bus Rapid Transit network to decongest the city.

President Yeol said the government of South Korea will help Kenya to manage the effects of drought.

At the same time, President Ruto said Kenya will support Korea in setting up a cultural centre in Kenya.

He said this will promote the Korean language and enhance the ties between the peoples of the two countries. The President further said this would benefit Kenyans who are identified for further studies, training and work in Korea.

“The cultural centre will contribute to the training of Kenyans identified for deployment under the Employment Permit System in Korea,” President Ruto said.

While congratulating President Ruto on his election last August, President Yeol said his country would continue to strengthen bilateral ties with Kenya for the benefit of citizens of the two countries.

He said his government was doing everything possible to ensure a balance of trade between Kenya and Korea.

“We are finalising the process of clearing Kenya’s avocados into this country in an effort to attain balance of trade,” President Yeol said. 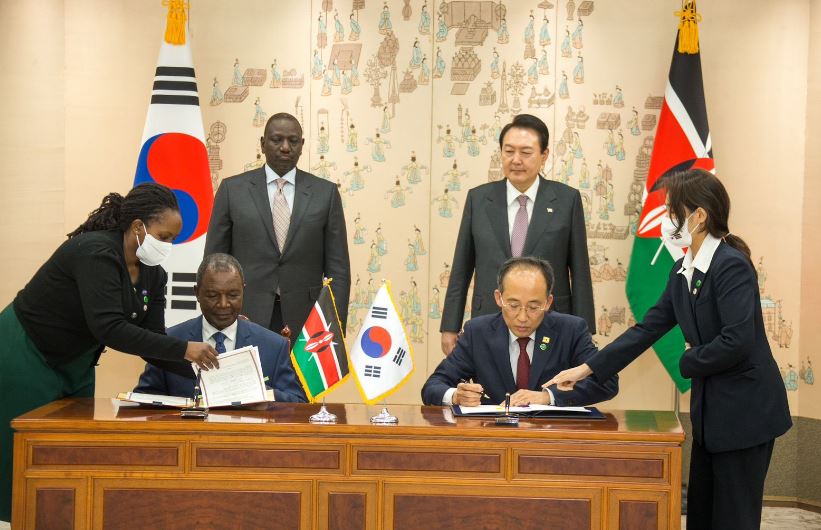 President Ruto had a busy schedule on his second day of a three-day official visit to the South East Asian nation. He started the day with a meeting with the Speaker of the Korean National Assembly, Mr Kim Jin Pyo.

Later, he was the chief guest at the Kenya -South Korea business forum.

He also laid a wreath at the Seoul National Cemetery where Korean veterans who died in the Korean independence movement, Korean and the Vietnam wars. Four South African presidents are also buried at the cemetery.

In the evening, the Korean leader hosted a dinner in honour of President Ruto. The two leaders spoke of a new partnership between Korea and Kenya and, by extension, Africa.

The last function in President Ruto’s diary was an evening service at the Myunsung Presbyterian Church outside Seoul.

At the Speaker’s chambers earlier in the day, Dr Ruto asked Mr Pyo to facilitate easing the restrictions that limit the hiring of Kenyans to work in Korea.

At the business forum, President Ruto witnessed the signing of a memorandum between the Kenya National Chamber of Commerce and Industry (KNCCI) and the Korea Institute of Procurement.

The agreement is on animal feed production, access to cheaper fertiliser and the manufacture of health equipment in Kenya.