JUST IN: Government Issues a Clarification on Morning Preps and Night Classes Ban 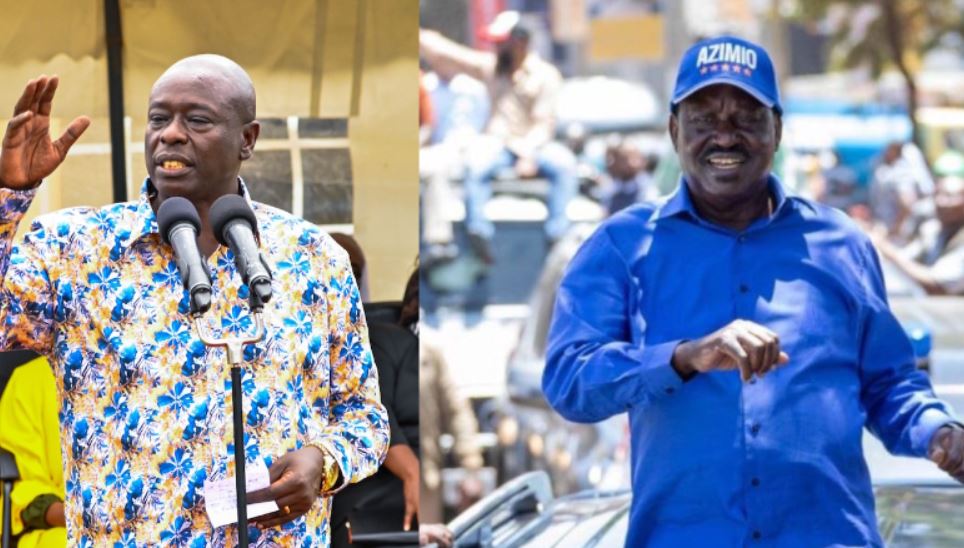 This past weekend, Riggy G told Raila to keep off the Kenya Kwanza government and mind his own business as the leader of opposition.

“Yesterday we heard Raila saying that he will not be coaxed or intimidated to joining our government. We have no business with you in our government, we are not interested and we are not looking for you we have no time,” Gachagua said.

“They should be in opposition to oversight the government by informing us where we are wrong and pushing us in parliament for us to move forward as a country,” the DP added.

In a rejoinder, Raila Odinga, 77, said he would not respond to Riggy G because he is 20 years younger than him.

“I will not respond to utterances by Mr Gachagua because he is too young. Sio rika yangu (We are not agemates),” he said.

Raila spoke during the funeral of Philomena Barasa, the mother of Kakamega Governor Fernandes Barasa, at Muroni Primary School in Mumias East Sub-county.

The ODM leader slammed President Ruto and his government for reneging on their campaign promises and increasing taxes.

“They promised a Ksh.50 billion interest-free fund, and another Ksh.100 billion for women. But now they are changing their words. They are now saying no funds will be issued without paying interest. They said the price of fuel and unga would drop as soon as they are sworn in, now they are asking for one year,” he said.

Raila accused Ruto of trying to implement policies without going through the right legal channels such as seeking the approval of Parliament and the public.