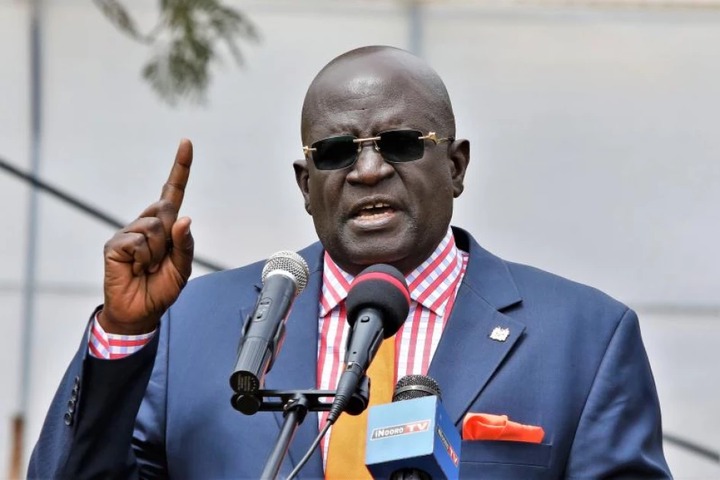 All Primary and Secondary Schools in Kenya re-opened last month in a devoted move fostered towards setting rolling the third term of the 2022 academic year.

According the Ministry of Education, Primary and Secondary School learners in Kenya are stipulated to spend 9 weeks at school to cover the curricular and co-curricular activities of the third term of the 2022 academic year before they close on the 25th day of November, 2022.

However, schools strategically placed at the heart of the vast county of Baringo now face early closure due a pronounced increase food shortage and banditry attacks in the region.

The Head teachers in the vast Baringo County have articulated that schools are experiencing acute food shortages due to the roadblocks erected by security officers deployed to smoke out bandits.

The Head teachers claim that the trucks ferrying food to schools have been blocked from accessing schools at the roadblocks, a factor that has caused food shortage in schools, articulating that is the situation persists then they will have to close the schools.

” situation persists, then we will have no other choice whatsoever other than to close the schools until a state of normancy is restored,” Headteacher stated. 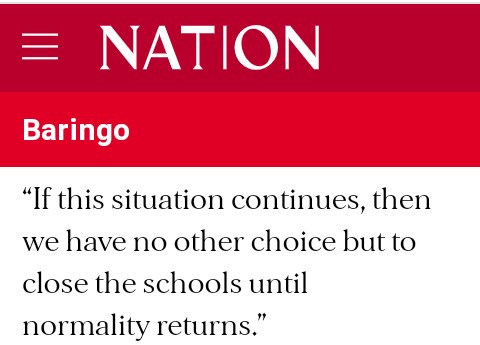 Content created and supplied by: Timednews.com (via Opera
News )