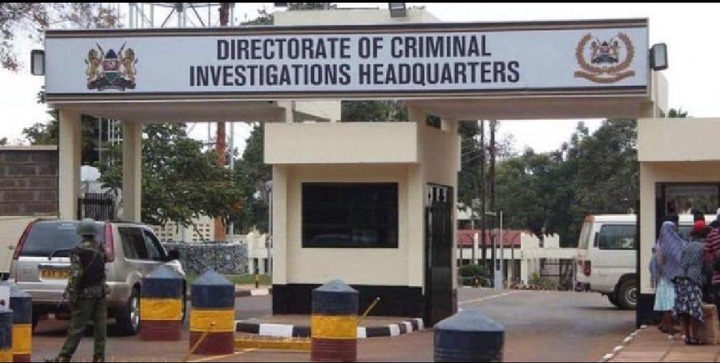 The Internal Affairs Unit (IAU) has a new dilemma on their hands since four former Special Service Unit (SSU) officers have contested the IAU’s authority to prosecute them.

On Monday, October 24, a police officer with the Directorate of Criminal Investigations (DCI) stated in court that IAU does not have the legal authority to bring this case against them.

Danstan Omar, their lawyer, stated that only the Directorate of Criminal Investigation (DCI), DPP Noordin Haji, and the National Police Service were authorized to present the case in court.

Omar warned that the police department’s human resources department would appear before the court in a criminal quasi-matter involving policemen the next time the issue was discussed.

In their statement, IAU insisted that higher courts acknowledge its ability to probe police officers for criminal wrongdoing and illegal behavior.

But Chief Principal Magistrate Diana Mochache of the Kahawa Law Courts stepped in and promised a ruling on whether or not the IAU had the authority to punish the police officers.

However, the Internal Affairs Unit also requested the detention of the four officers for a period of 30 days in order to wrap up their investigations into the deaths of two Indian citizens and their driver.

IAU claimed that they needed more time to get DNA samples from the police so that they could compare them to the three.

Preliminary evidence linked the four suspects to Aberdare National Park, where the bodies of the missing three were found.

According to the information gathered, one of the officials was in command of the operation that resulted in the kidnapping of the Indian nationals and their driver at the Southern Bypass interchange.

The man behind the wheel of the Subaru that sped up to stop the car the three were in is another. Speculation persists that a third officer was at the wheel of the second vehicle that brought the police and the victims to Aberdare.

The fourth suspect is thought to have collaborated with the original three to plan the kidnapping and possible murder of the victims.

Independent Policing Oversight Authority (IPOA) has joined the call for the IAU to cease its investigations in light of the latest turn of events, on the grounds that a police unit cannot probe itself.

“The fact that the Investigative Analysis Unit of the National Police Service is now in charge of the case is of greatest concern to us.

In order for the police to examine themselves thoroughly, they need outside help. IPOA Vice Chair Jonathan Lodompiu added, “We are also urging IAU to leave IPOA alone to conduct the investigations.”

Content created and supplied by: FollowForMore (via Opera
News )