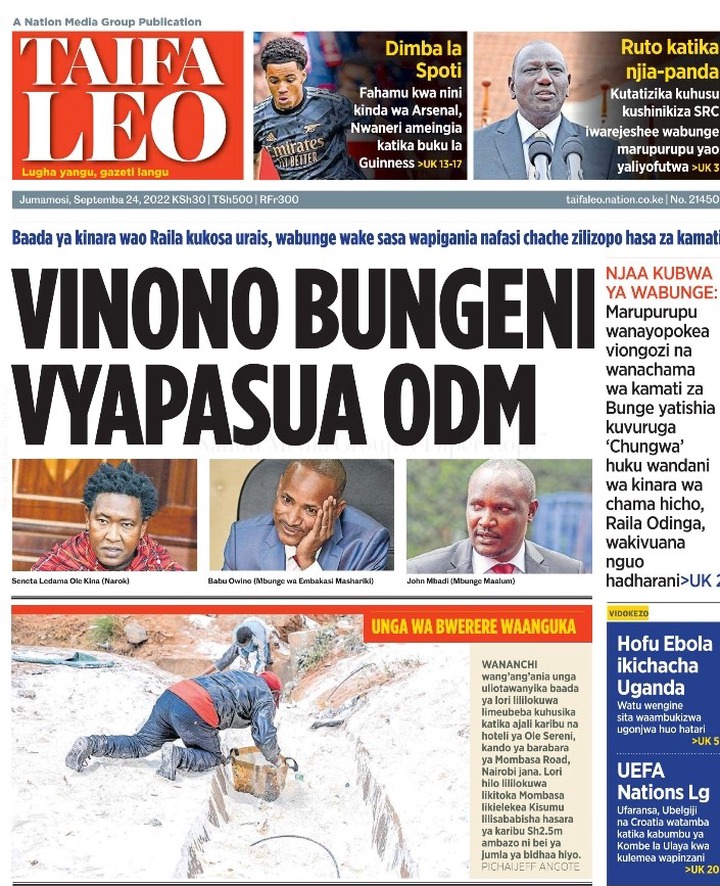 The former prime minister Raila Odinga’s Orange democratic movement party is at the verge of total implosion as cutthroat competition for scarce opportunities in Parliament leadership rages on.

Since Raila lost the presidency, there has been accusations and counter-accusations among the Allies with various factions taking varied Positions.

Yesterday, Owino alleged that he was promised the position of Parliament select committee chairman by the party but, the party later on gave out the position to ODM chairman John mbadi.

Mbadi on his part said he is the most experienced leader having served as the leader of minority in the 12th Parliament.

The Wrangling had attracted the attention of the party leader Raila Odinga who had planned to hold a meeting on Friday but couldn’t because of the MPs busy training schedule.

In another story, president William Ruto is at a crossroad regarding the tag of war between the members of Parliament and salaries and remuneration commission over allowances.

It Remains to be seen Whether he will side with the mps at a time when the economy is on its death bed.

In yet another story, there was jubilation among some kenyans along Mombasa road when a lorry full of maize flour was involved in an accident which enabled them to loot.

According to reports, the accident which took place near Ole seremi hotel has left owners counting loses of over ksh 2 million which is the value of the cargo on transit from Mombasa to Kisumu.

A sad story of how doctors abscond duties with impunity to the detriment of patients in public hospitals has dominated today’s Headline.

Not even the regulator can tame these rogue doctors that the government has invested billions in training and hefty salaries.

In another story, evangelical Christian ministers have gained clout in president William Ruto’s administration since Kenya kwanza won the elections.

This a total departure from tradition where mainstream churches used to dominate state functions. 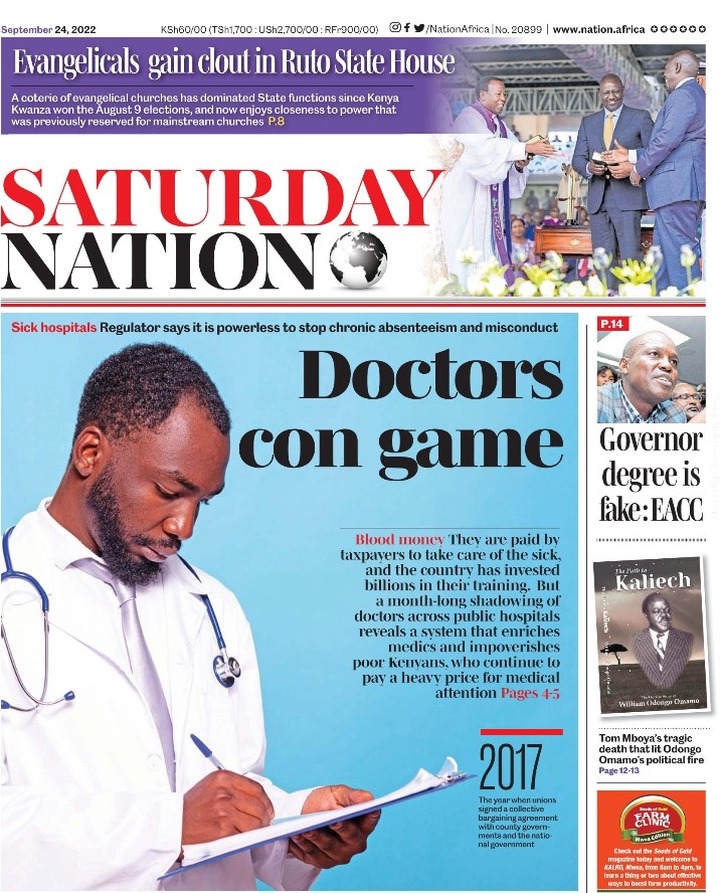 Oil major CEO is headed to Brussels on October 10 for a do or die talks as heavy equipment arrive at the post of Mombasa and project detail published.

In another story, six people have been infected with Ebola in Uganda as the neighboring countries heighten surveillance. 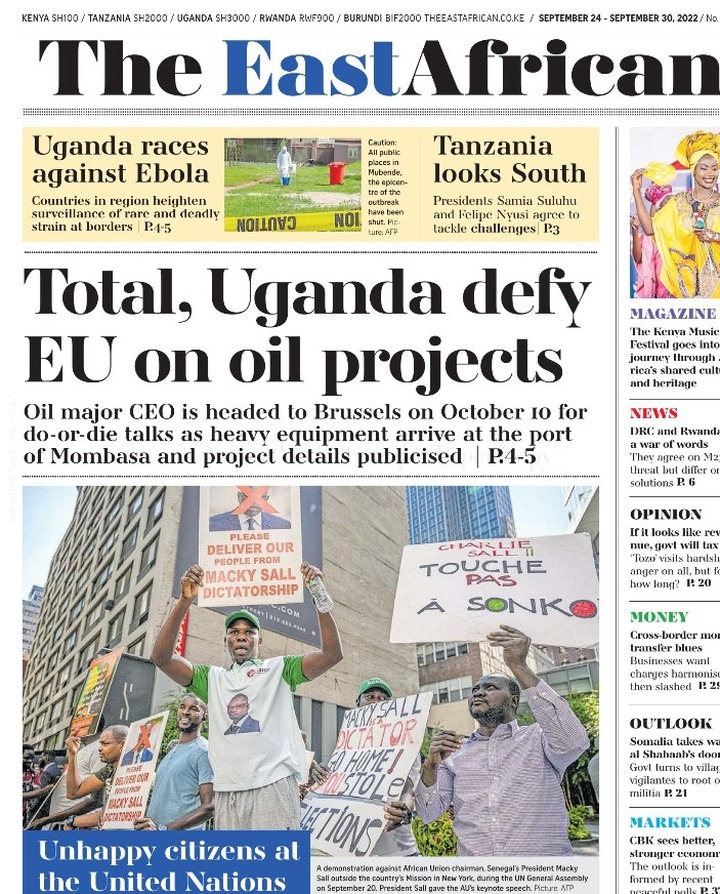 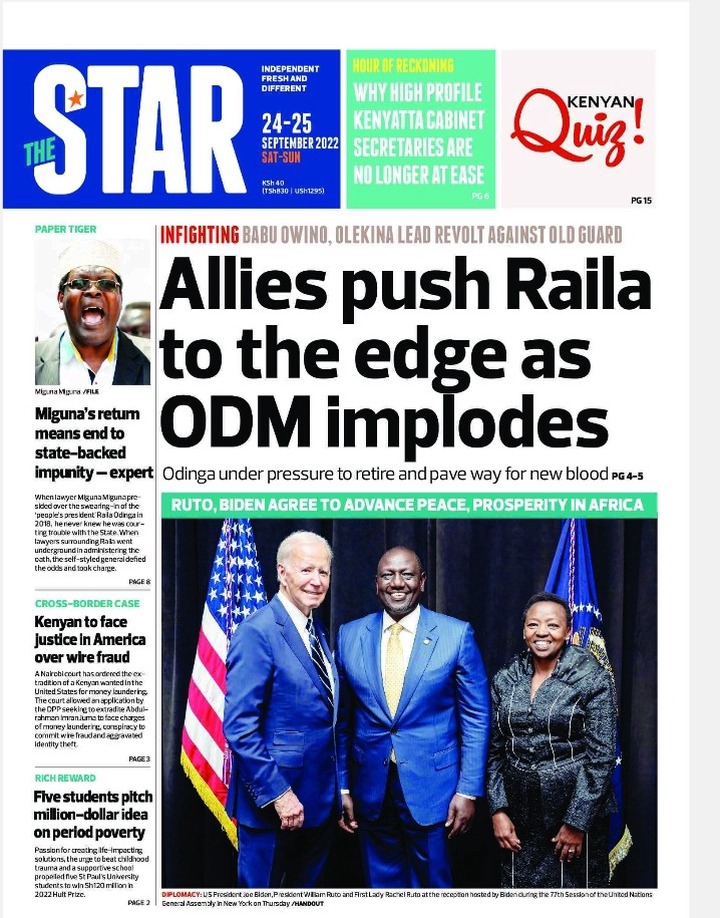 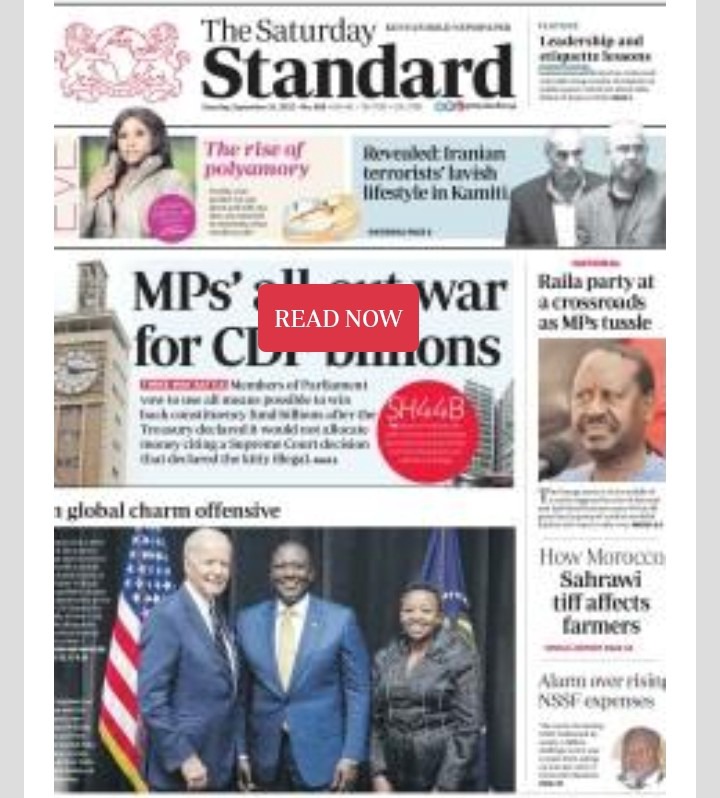 Content created and supplied by: @yokeabu (via Opera
News )