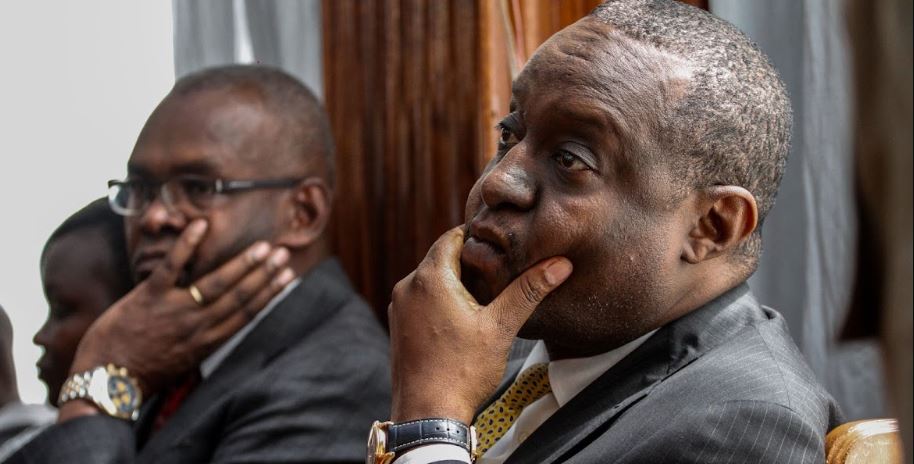 A witness in the Arror and Kimwarer dams case threw a spanner in the works by refusing to testify.

This as the Director of Public Prosecutions lamented it was becoming difficult to prosecute former Treasury CS Henry Rotich and his co-accused due to witness interference.

The DPP through his assistant Alexander Muteti said they had been forced to change their strategy in calling witnesses following the alleged interference.

“What we anticipated to be a smooth trial has turned to be a nightmare. It is a shock on us, especially on the security of witnesses where a pattern is emerging which is not only shocking but can disturb the mind of any reasonable prosecutor,” said Muteti.

He said they had decided to rearrange the order of calling witnesses but this failed as Gideon Rotich refused to testify on account that he was not ready.

Special prosecutor Taib Ali Taib told trial Magistrate Lawrence Mugambi that the reluctance of Rotich to testify was evidence of the difficulties the DPP is facing with witness tampering.

But defense lawyers denied the claims and counter-accused the prosecutor of politicizing the case.

“We take offence at the insinuation that we are dissuading witnesses. If it was a genuine concern then they would have filed an application to complain. They are just scared of the formidable defence we have made to expose the weaknesses of this case,” said Katwa Kigen representing former Kerio Valley Development Authority (KVDA) Managing Director David Kimosop.

Due to the witness’s refusal to testify, the magistrate adjourned the hearing to allow the DPP to put his house in order.

“The witness says he has reservations about testifying. He looks tense and is not in a calm state of mind to testify. Since witnesses play a critical role in the administration of justice, they can only testify when they feel comfortable,” ruled Mugambi.

The hearing resumes on November 18.