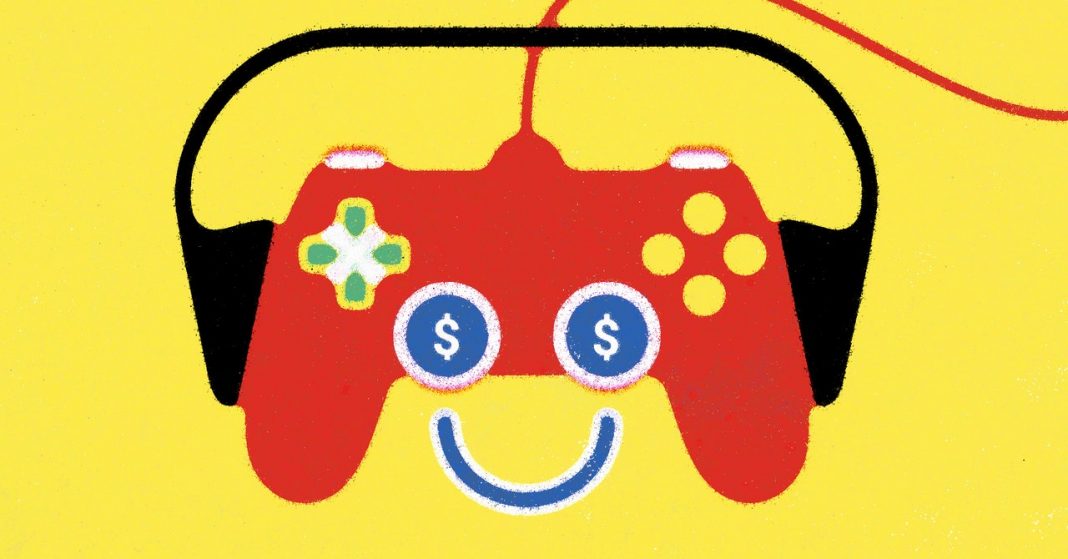 There’s almost never a better time to buy a new game console or pick up some games for the one you have than Black Friday. If you can find them in stock, anyway. Here, we’ve rounded up the best deals we’ve found on controllers, headsets, games, and the occasional console we can find.

We test products year-round and handpicked these deals. Products that are sold out or no longer discounted as of publishing will be . We’ll update this guide throughout the Black Friday and Cyber Monday weekend.

If you buy something using links in our stories, we may earn a commission. This helps support our journalism. Learn more.

The Nintendo Switch rarely sees outright sales, but bundles are the next best thing, and this one’s solid. The standard console comes with the excellent Mario Kart 8 Deluxe Edition, if you don’t already have that, for the price of the console alone.

Few things we ever review earn a perfect 10/10 score, but the HyperX Cloud Alpha Wireless headset pulled it off. Through meticulously and restrained engineering, the company managed to make a headset that gets 300 hours of battery life, while most other headsets barely manage 30. Not only that, they’re comfy, have handy controls, and with this sale are cheaper than ever.

It’s not exactly common to see one of our favorite gaming laptops drop down into the budget category, but it’s welcome to see it. This 14-inch laptop includes an AMD Ryzen 7 processor, 16 gigabytes of RAM, and an Nvidia RTX 3060 graphics processor inside, making it pretty beastly for a laptop that’s currently comfortably under $1,000.

The phrases “budget” and “gaming laptop” are difficult to put together, but there are a few good ones, and the HP Victus is one of our favorites. This model is slightly smaller than the one we like, but with an Intel Core i7 processor, 16 GB of RAM, and an Nvidia RTX 3050 Ti inside, it’s nothing to scoff at. Especially at this price.

The Acer Nitro 5 (8/10, WIRED Recommends) is our top pick when it comes to budget gaming laptops. It’s got a 144-Hz 1080p screen—though you might want to keep it to 60 fps for more graphically intense games. It packs an AMD Ryzen 5 processor, 8 gigabytes of RAM, and an Nvidia RTX 3060 graphics card.

Corsair’s K100 is one of our top picks for mechanical keyboards. It comes with a lot of the same gaming-focused features we like on other keyboards, like programmable macro keys and, naturally, RGB LEDs. But its most unique feature is a customizable wheel on the top left side of the board that can be used to scrub through media or control the lights on your keyboard.

The Razer Huntsman Mini is our favorite mechanical keyboard for gamers who like 60 percent boards. It has the same compact frame that you expect from mini keyboards, but still has the features you’d expect from a gaming keyboard, like customizable keycaps and Razer’s Chroma software to customize your keys.

The Logitech G915 is one of product writer Eric Ravenscraft’s favorite keyboards. It has a sleek aluminum frame, a handy volume roller, and five customizable macro keys on the left side of the board. Logitech’s G Hub software is one of the best customization tools, making it easy to set per-application or game profiles with exactly the shortcuts you need.

The SteelSeries Arctis 9X is our top pick for Xbox players, but the regular Arctis 9 is also a great headset if you play on PlayStation or PC. It’s comfy, has excellent sound quality, and the retractable mic sounds great and disappears when you don’t need it.

Now that the new PS5 has an M.2 slot in it, it’s never been easier to upgrade your internal storage. This SSD from WD_Black adds 1 terabyte of extra storage without adding any extra bulk or peripherals to your console. Just pop off the cover and slot it right in.

The Xbox Series X can be hard to find in stock, but for most games the Series S is just fine. This model lacks a disc drive but can play games up to 4K or 120 frames per second (though not both at once). Target is selling the console for slightly more than Amazon, but it’s throwing in an extra $50 Target gift card that you can put toward a game or two.

There are few more essential extra accessories for a console than another controller. These things usually run a standard $60 and don’t drop in price much, except during sales like this one. So it’s a great time to grab a spare.

The Hisense U8H (8/10, WIRED Recommends) is one of the best value TVs for the money. It’s one of our favorites for gamers, thanks to its 120 Hz display and AMD FreeSync support, making it perfect for fast-paced games.

Blue makes some of our favorite USB mics that are great for everything from Zoom calls to starting a podcast. The Yeti Nano is a great middle-ground microphone that gets better quality than most USB mics without breaking the bank.

If you game with a Nintendo Switch, Mac, Windows (Steam), Android, or iOS device then you may want to add a compatible controller like the 8Bitdo Pro 2 to your accessories. This ergonomic handheld gives you a good grip, satisfying buttons, and analog sticks so you can easily coast through a round of Mario Kart. Even more interesting, the Android and iOS apps let you customize your buttons to create and craft your favorite gaming experience.

Want to browse the sales yourself? Here are a few top retailers participating in Black Friday deals.