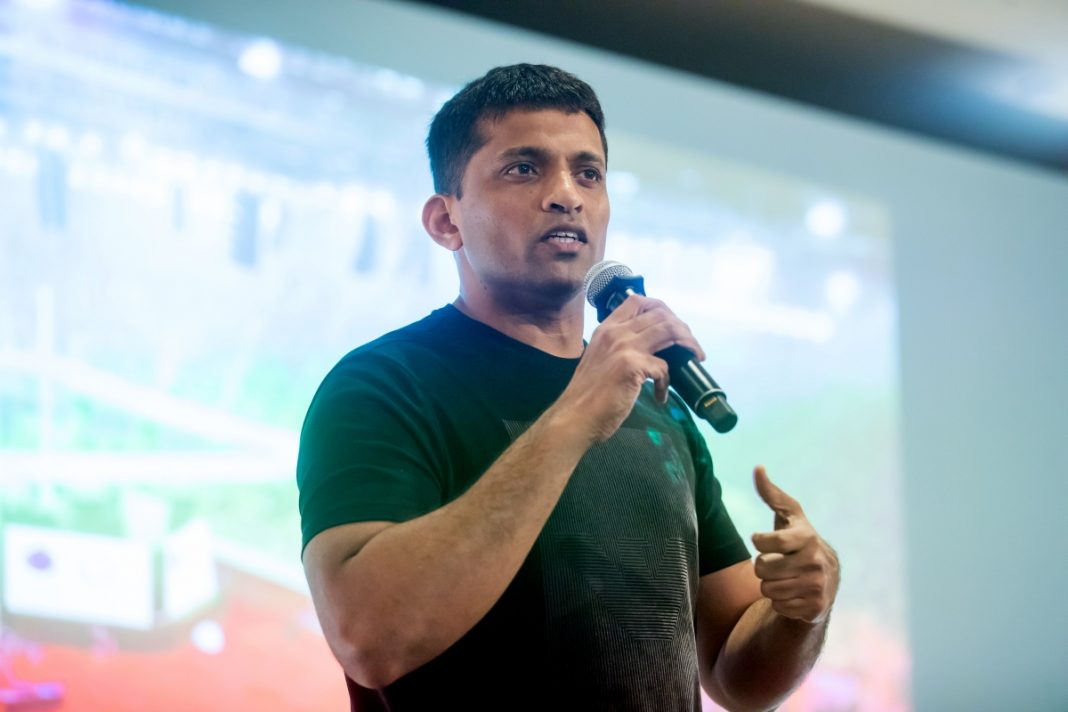 Byju’s said it has raised $250 million in new funding from existing backers as the Indian edtech giant looks to navigate the market downturn that has forced the firm to postpone the initial public offering.

The new funding valued the Bengaluru-headquartered startup at $22 billion, the same figure at which it raised a financing round in March this year, a person familiar with the matter said.

The company declined to comment on the valuation but said Qatar’s sovereign fund, Qatar Investment Authority, participated in the round. It did not identify other backers. Byju Raveendran, founder and chief executive of Byju’s, told in an earlier interview that the startup was engaging with existing sovereign funds to put together a new round.

Monday’s funding announcement follows Byju’s plan to eliminate 5% of its workforce, or about 2,500 roles, across multiple departments and cutting its marketing budgets as it looks to improve its finances and achieve profitability by end of the current financial year.

“Byju’s is now at that sweet spot of its growth story where the unit economics and the economies of scale both are in its favour,” Raveendran said in a statement today.

“This means the capital that we now invest in our business will result in profitable growth and create sustainable social impact. Regardless of the adverse macroeconomic conditions, 2022-23 is set to be our best year in terms of revenue, growth and profitability. Continued support from our esteemed investors re-affirms the impact created by us so far, and validates our path to profitability.”

Byju’s has moved to clear its debts and other balances in recent months. It recently cleared all its dues to Blackstone by paying $234 million it owed the global investment giant for the $1 billion acquisition of Aakash, reported earlier.

It generated a gross revenue of $1.258 billion (unaudited) in the financial year that ended in March this year. Between April and July, the startup logged revenue of $570 million, it said. Byju’s counts Prosus Ventures, Chan Zuckerberg Initiative, Sequoia Capital India, Silver Lake, Owl Ventures, UBS and Blackrock among its backers and has raised nearly $6 billion to date.