'My daughter warned me’: Northern Ireland woman on verge of going blind after tattooing her eyeballs 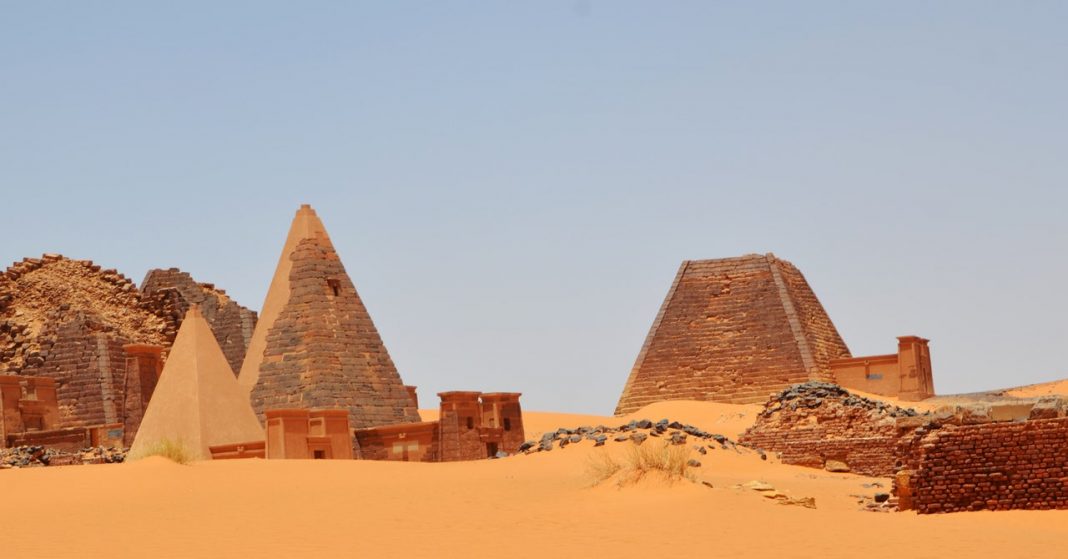 The Nizari garrison at Gird Castle resisted the Mongol horde of Hulagu Khan for 17 years before surrendering in December 1270. The fortress rose 300 meters above the surrounding plains of present-day eastern Iran, with three rings of fortifications enclosing its base. But dwindling supplies and an outbreak of cholera forced the defenders to abandon their posts after one of the longest sieges in medieval history.

Eight hundred years later, the remaining fortifications at Gird Castle face the onslaught of a new invader: sand. For the past three months, Bijan Rouhani, an archaeologist at the University of Oxford, has been monitoring about 700 sites in Iran’s Sistan region using satellite imagery. His comparison of US intelligence photos taken in 1977 and Google Earth’s most recent images of the area shows the advance of vast dunes that now almost bury the fortress at Gird.

This summer, drought has revealed a number of previously hidden archaeological sites as low water levels have allowed archaeologists to access historic ruins in Spain, Iraq, and China. But just as climate change giveth, so it taketh away: Rising heat is damaging some ancient sites and spurring desertification that is burying others, Gird Castle among them. It is a growing problem with few proven solutions.

“We can see many other sites from the Bronze Age to the Islamic periods in the area, as well as ancient rivers and canals,” says Rouhani. “Most of these sites are now buried under sand and impacted by the 120-day sand wind every year.”

The ancient city of Zahedan Kohneh has suffered the same fate as Gird Castle. It was Sistan’s capital when Gird fell to the Mongols and was once one of the largest cities in Iran—today it is draped in a growing garment of sand. Archaeologists monitoring sites in other regions, countries, and continents report similar stories. Ahmed Mutasim Abdalla Mahmoud, a researcher specializing in sand movement at the University of Nottingham, says sand poses the biggest threat to Sudan’s Nubian pyramids, built around 4,500 years ago. He warns that the 200 pyramids at El Kurru, Jebel Barkal, and Meroe on the Nile River could soon disappear beneath sand.

“The threat has been exacerbated by climate change, which has made the land more arid and sandstorms more frequent,” he writes on the Conversation. “Moving sands can engulf entire houses in rural Sudan, and cover fields, irrigation canals, and riverbanks.”

Mahmoud and other archaeologists concede that people in these areas have struggled with encroaching sand dunes for millennia. But climate scientists leave no doubt that human activity is increasing the speed of desertification. Some forecast that at the current rate, emissions will lead the Middle East and North Africa region to heat by 4 degrees Celsius within the next 30 years. These rising temperatures cause drought, and drought transforms land into desert. Over two-thirds of Iran’s land mass now shows “high” or “very high” susceptibility to desertification.