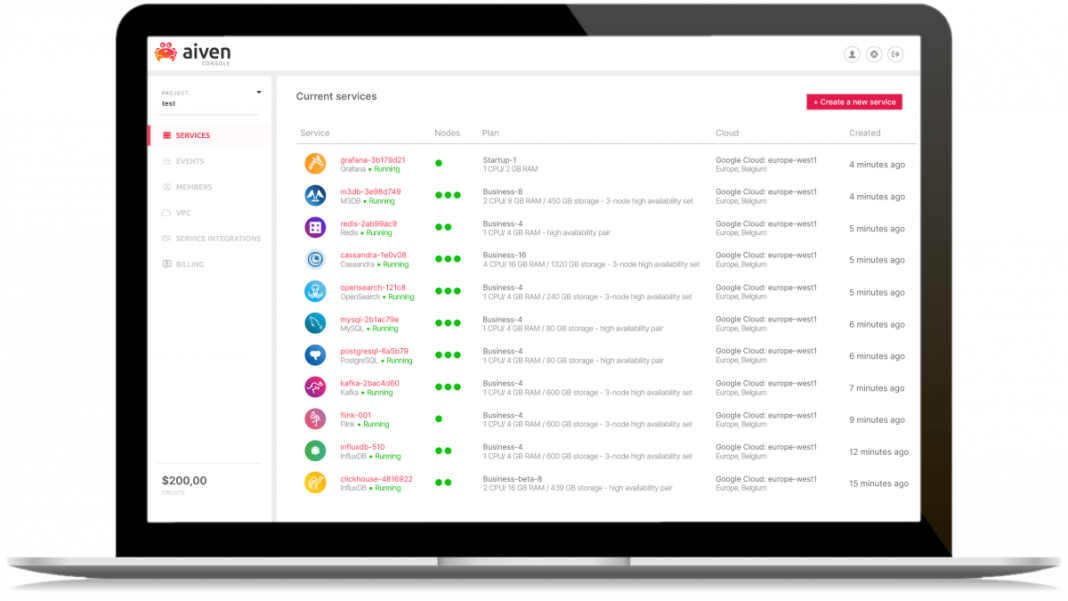 Aiven, which provides fully-managed and hosted services for major open source projects including Kafka, Cassandra, and Grafana, has announced its first ever acquisition — the Finnish company has snapped up Kafkawize, a self-service open source data governance tool for Apache Kafka. Terms of the deal were not disclosed.

The acquisition comes amid a renewed focus on the security of open source software, with the Federal Trade Commission (FTC) recently warning of legal action against any organization that failed to patch the much-publicized Log4j flaw which emerged last year. Elsewhere, a new bipartisan U.S. Senate bill called the Securing Open Source Software Act emerging last week to help bolster open source software, particularly in relation to how it’s leveraged in federal agencies.

Founded out of Helsinki in 2016, Aiven essentially solves many of the headaches involving in running open source software, which permeates just about every modern technology stack.  From scripts that speed up servers to databases and beyond, open source is what makes the modern software world tick. But open source software is time-consuming to configure, deploy, and maintain, which is where Aiven enters the fray by absorbing much of the heavylifting involved in running and securing open source data infrastructure across all the main public clouds, freeing up companies to focus on building their core “differentiated” products.

Fresh from a $210 million fundraise that valued it at $3 billion, Aiven is now doubling down on its existing support for Kafka, an open source data streaming project that emerged from LinkedIn back in 2011. Some 80% of Fortune 100 companies apparently use Kafka to access real-time data in their applications, essential for use-cases such as matching passengers with drivers in ride-sharing apps or processing ecommerce payments.

Kafkawize, for its part, is an open source project started back in 2018 by Murali Basani to help companies embed proper data governance across their Kafka deployments, specifically around the hundreds of “topics” Kafka generates — a topic is basically a category name to which records are organized and stored. This raises significant security questions, including who is authorized to create and consume a topic — and who owns it? Moreover, how does a company backup their Kafka configuration?

And that essentially is what Kafkawize does — it’s designed to fill the data governance gaps in Kafka.

What this acquisition means is that Aiven now owns the intellectual property (IP) including the Kafkawise trademark, and it has employed Basani to continue working on the project as part of Aiven’s open source program office (OSPO). And Aiven’s first move as owner has been to rebrand Kafkawize as Klaw.

“We were looking for an open source tool that can provide self service governance with enterprise grade security and user-management functionality,” Aiven CEO Oskari Saarenmaa explained to . “We believe that the Kafka community deserves open source tooling, which is why we hired the creator and maintainer of Klaw, have placed these responsibilities into our Open Source Program Office, and will properly resource the technology to ensure its continued open source development.”

While any open source project joining a commercial enterprise often raises eyebrows in terms of what will eventually become of the community-driven project, joining Aiven goes some way toward safeguarding its future viability. Funding remains a major issue for open source projects, which in turn puts barriers in place in terms of scalability — enterprises can be hesitant to put their trust in a product that has limited support.

As Basani noted in his own blog post today: “This project is fully developed by me in my free time… with Aiven’s support, Klaw can reach its full potential in the coming years.”