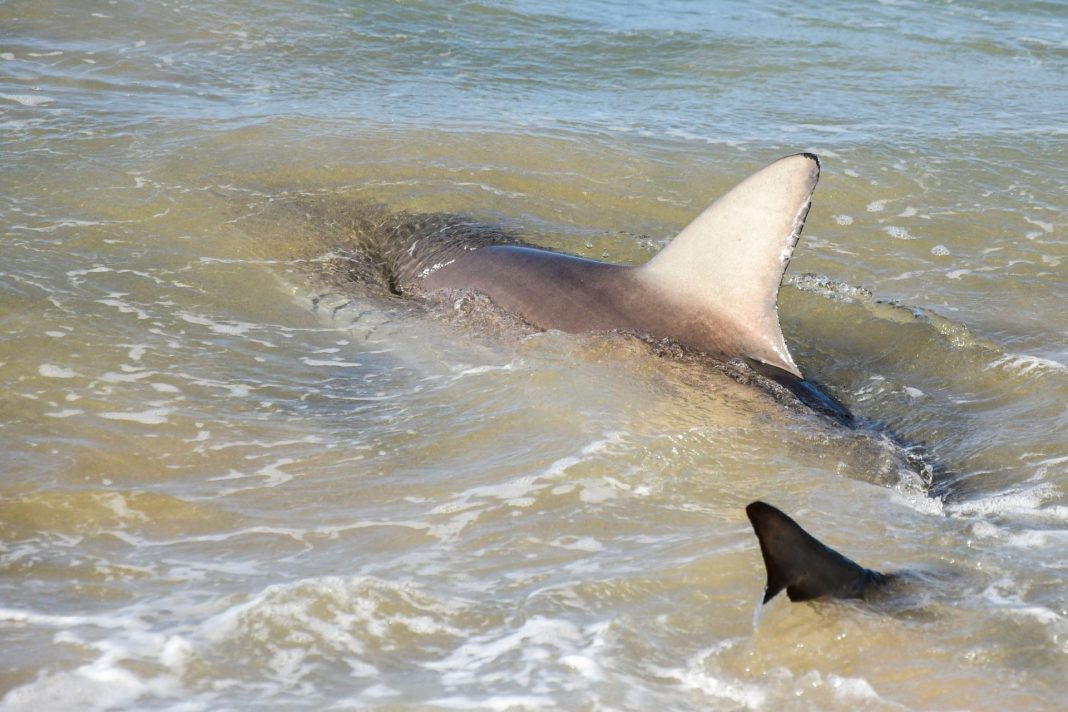 Summer may be winding down, but there appears to be a serious issue concerning South Carolina’s Myrtle Beach…and sharks are the culprit. According to recent reports, two local swimmers at Myrtle Beach were both bitten by sharks on the very same day, resulting in authorities warning residents to be on high-alert.

@CBSNews reports, the most popular beach in all of South Carolina is now the site of multiple shark attacks, as two swimmers were both bitten by sharks on the same day and luckily they managed to survive. Earlier this week, shark bites were the source of serious injuries to the victims, with one occurring on the forearm and another found on the leg. Local authorities noted that the incidents were in relatively the same area, with only a half-mile between the two.

One of the victims, Karen Sites, required hundreds of stitches after she was bitten by a shark and quickly transported to the hospital. “I just felt something, I guess, bite me and there was a shark on my arm,” she said. Although being bitten by sharks is considered highly rare, close to 50 shark attacks were reported in 2021, based on data compiled by the International Shark Attack File, collected by the University of Florida.

However, by contrast, only four shark attacks were reported in South Carolina during the same 12-month period. Unsuprisingly, Florida has the most dangerous encounters with sharks, as the sunshine state had a reported 28 cases last year.

In an attempt to get swimmers to take more precautions, experts suggest that swimmers avoid going in the ocean during dawn or dusk—because that is the time period when sharks are known to come closer to the shore to feed. They also recommend staying away from areas where beachgoers may be using bait to fish.