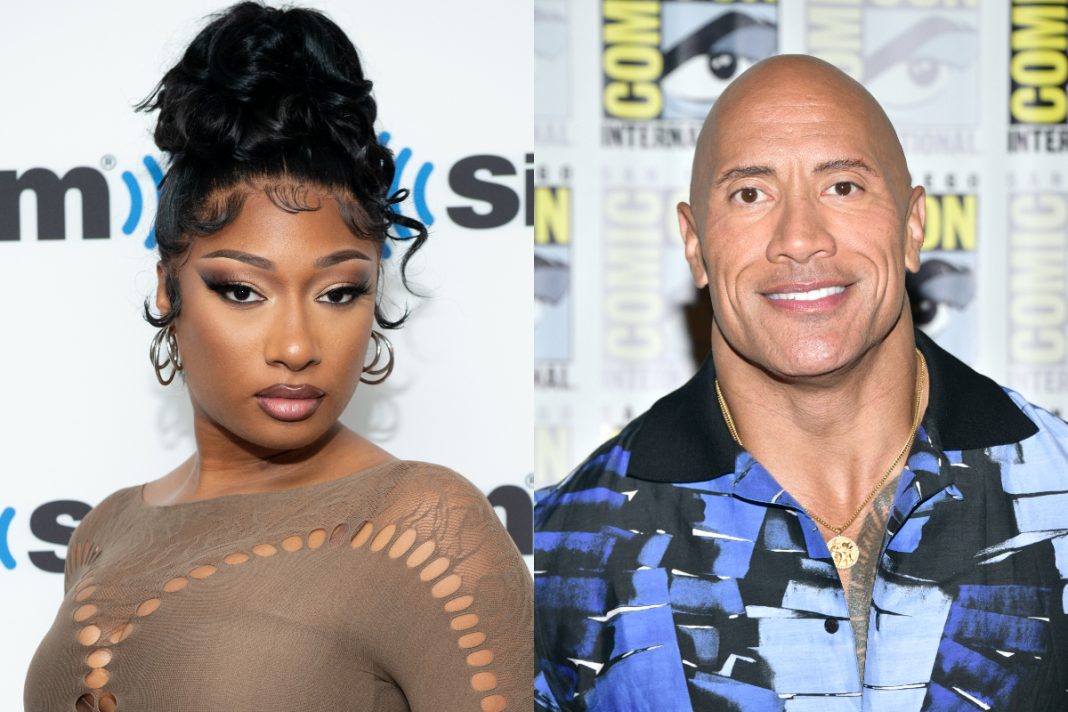 The “Traumazine” rapper and DC League of Super-Pets actor were a trending topic earlier in the week when an interviewer asked Dwayne, who was doing press for the movie, which celebrity he’d like to be a pet to.

The superstar actor, seemingly without hesitation, named Megan. He didn’t go into further detail about the decision, he added “We don’t have to talk about that, OK?”

Initially, Pardi stepped into The Shade Room and commented,

“All our dogs named after #s. Just teach your wife to use seasoning … You’ll be iiight … Moana is the s**t tho.” Although he deleted the comment, it didn’t stop people from calling him out about it.

He later deleted the comment, which he said was a joke, but admitted it was in “poor taste.”

Megan Responds To The Rock Saying He’s Be Her Pet

Megan was shown the clip on a recent Sirius XM appearance, and by her reaction, she appeared to be flattered.

The Houston hottie added that she had respect for The Rock as a legend since his wrestling days and the 27-year-old rapper let listeners know that she feels honored that she’s on The Rock’s radar.

“I used to watch wrestling all the time, being from Houston. Watching The Rock and how famous he is, how much of a mega-star he is — and he wanna be my pet? Period. Like, we made it. We might be a little famous.”