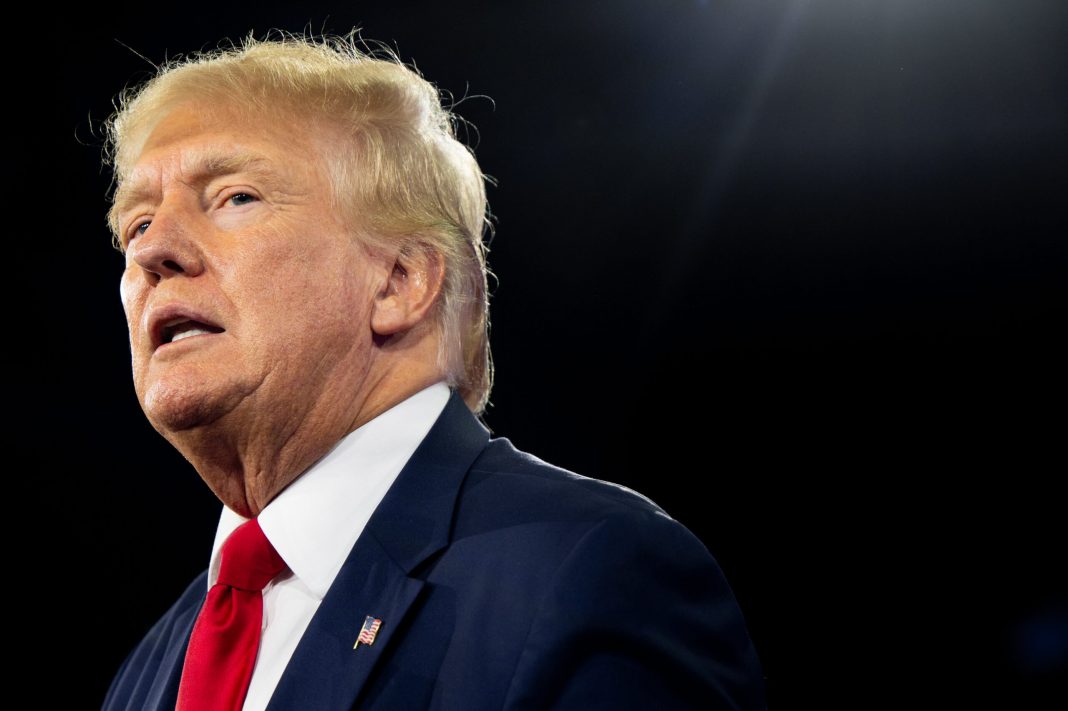 Initially, the cause of the raid was a mystery, but the federal government doesn’t just sign off on no-knock warrants against former presidents on a whim, so it was widely assumed that this story would be a doozy.

And sure enough, the Donald is now being accused of mishandling classified documents related to nuclear weapons.

We’ll say this for Trump — every time you think the guy’s life couldn’t get any more bonkers, he figures out a new way to up his Florida Man game.

According to the Washington Post, people familiar with the investigation say that it absolutely pertained to nuclear weapons.

What’s not clear, however, is whether the nukes in question are owned by the US or a different country.

But since Trump’s BFF Putin is waging an unsuccessful and increasingly unpopular war against an American ally, you can see why the FBI wouldn’t want to take any chances on a situation like this.

If it turns out that Trump did indeed remove classified military documents from the White House and stash them at his Florida beach club, then the ex-president could have quite a lot to answer for.

In fact, the January 6 congressional hearings and the NY attorney general’s investigation into Trump’s business practices could wind up looking like small potatoes by comparison.

We don’t want to whip anyone into a frenzy by pointing out what can happen to Americans who provide nuclear secrets to Russia, but google Julius and Ethel Rosenberg if you’re not already familiar.

Of course, the most likely outcome here is that Trump will prove once again that he’s the real Teflon Don by avoiding any serious consequences.

But at this point, we feel like most of his critics would be satisfied with a long, humiliating trial and a lifetime ban on ever seeking public office again, both of which seem like very real possibilities.

Whatever the case, experts seem to agree that Attorney General Merrick Garland would not have made such a bold move if he did not have real reason to believe that Trump was endangering national security.

Garland confirmed in a press conference that he “personally approved” the decision to search Trump’s property.

“This is a pro move,” former FBI and CIA official Phil Mudd told Wolf Blitzer in a new interview.

“This is not the movement of a pawn. This is a movement of something between a rook and a queen.”

The search warrant and all reports about the findings of the investigation are currently sealed, but in one of his signature social media rants, Trump has indicated that he wants full transparency regarding the “unAmerican, unwarranted and unnecessary raid and break-in” of his home.

Since 45 apparently has no desire to protect his own privacy, we could wind up finding out the truth about the raid much sooner than expected.

Trump has until 3 pm today to signal if he intends to legally contest Garland’s move and block the release of any documents pertaining to the search.

Sure, he said on Truth Social that he wants it all out in the open, but Trump’s lawyers might advise him to proceed more cautiously.

“This is what it looks like when you see the rule of law fighting back against Trump’s lies,” Nick Akerman, a former assistant US attorney for the Southern District of New York, told CNN this week.

“I think it is extremely unlikely that Donald Trump is going to prevail here.”

Needless to say, it sounds like Trump is in a pretty tough spot here.

Of course, the man’s rodent-like ability to wriggle out of such spots has become the stuff of legend.

We’ll have further updates on this developing story as more information becomes available.