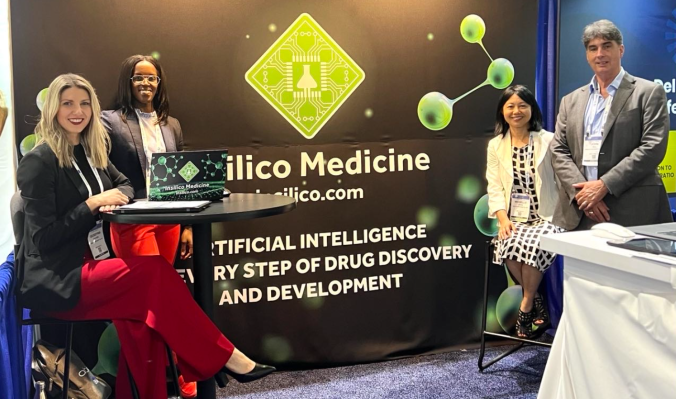 Hong Kong-based drug discovery and development company Insilico has secured fresh capital at a time that its CEO described as a “biotech winter.”

The firm has raised $35 million on the heels of its last tranche in June, bringing its total Series D investment to $95 million. The new round was “oversubscribed”, the firm’s founder and CEO Alex Zhavoronkov told , declining to disclose the company’s valuation.

Prosperity7, the venture capital arm of Saudi Arabia’s state oil company Aramco, led the new capital infusion. The fund has been actively scouring for opportunities in and around China that can scale globally and particularly in the Middle East.

Insilico, which operates R&D teams across Hong Kong, Shanghai, and New York, seems to be a good fit for Prosperity7.

“Prosperity7 inspired us to look into sustainable chemistry,” said Zhavoronkov. Insilico uses machine learning to identify potential drug targets and eventually create the drug. The same technology can also be applied to find novel and useful molecules for sustainable chemistry, an emerging area to which Aramco has devoted much effort, the founder explained.

Sustainable chemistry, as defined by OECD, is “a scientific concept that seeks to improve the efficiency with which natural resources are used to meet human needs for chemical products and services.” It “encompasses the design, manufacture, and use of efficient, effective, safe and more environmentally benign chemical products and processes.”

Other investors from the round include an unnamed “large, diversified asset management firm on the U.S. West Coast,” and an assortment of financial and strategic investors like BHR Partners, Warburg Pincus, B Capital Group, Qiming Venture Partners, Deerfield, Wilson Sonsini Goodrich & Rosati, BOLD Capital Partners, and Pavilion Capital.

Zhavoronkov himself also invested in the Series D financing.

When asked why the company straddles China and the U.S., the founder compared the drug discovery space to the early semiconductor industry where research was done mostly in the U.S. while hardware production happened in China.

AI drug discovery relies on a massive amount of investment in so-called contract research organizations (CROs), which provide support to pharmaceutical or medical device companies in the form of outsourcing. China, exemplified by cities like Wuxi, has in recent years emerged as a popular CRO hub for international pharma companies.

The founder was also keen to speak about the company’s new dual-CEO structure. He recently promoted GSK veteran Dr. Feng Ren to be his co-CEO, who is now overseeing Insilico’s R&D and drug business, while Zhavoronkov focuses on the firm’s AI platform.

“Ren generates a lot of proprietary data for us to train AI to do better than humans. We can use this internally for drug discovery and then export this tech to the rest of the industry,” Zhavoronkov said.