How Heat Waves Are Messing Up Your Sleep 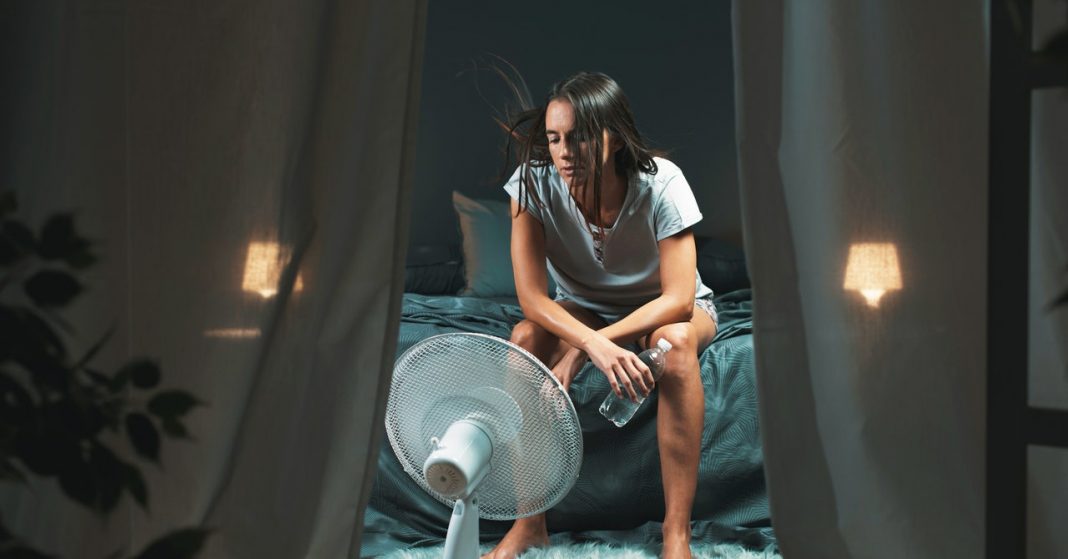 Getting less than seven hours of sleep a night regularly, the minimum benchmark for adults, has also been associated with heart problems, obesity, and type 2 diabetes, among other conditions. “People try to do short sleeps during the week and then catch up on the weekend, but you never fully catch up on the health and cognitive benefits of sleeping properly throughout the week,” says Miller.

And with climate change, hot, sleepless nights are now being experienced by many people around the world. Compared to the beginning of the 21st century, nighttime temperatures today are hotter, meaning that, across the globe, each person is losing on average 44 hours of sleep per year compared to what they were getting in 2010. This also means that, on average, adults are experiencing 11 additional nights each year when they get less than the seven hours of sleep they need.

As air temperatures continue to rise, people could be missing out on even more. A recent study linked the sleep-tracking wristbands of more than 47,000 people in 68 countries to local meteorological data and predicted that individuals could lose 50 hours of sleep per year by the end of the century, compared to 2010. Six additional lost hours spread over the year between now and then may not seem like much, but this would result in around 13 additional short nights of sleep, which is hardly welcome.

The study’s researchers also looked at whose sleep was disrupted the most. “We hypothesized and expected that people who were already living in warm climates would be better adapted to nighttime temperature increases,” says Kelton Minor, a PhD candidate at the University of Copenhagen’s Center for Social Data Science and the lead author of the study. “What we found was the exact opposite.” A 1-degree rise at night appears to affect residents of the world’s warmest climates more than twice as much as residents of the coldest regions, according to the analysis, which was based on data from 2015 to 2017.

They also found that sleep loss per degree of warming appeared to be greater among women, the elderly, and people in low-income countries. Although the study design didn’t allow for causal inferences as to why this is so, some conjecture can be made based on existing research: Women’s bodies usually cool down earlier in the evening to prepare for sleep than men’s, so women will face hotter, more disruptive temperatures when their sleep wave kicks in. Women also have higher levels of subcutaneous fat, which may slow the cooling process at night, making controlling body temperature in heat waves harder. And as we age, the body secretes less melatonin, which may explain why older people have even more difficulty regulating their body temperature when it’s too hot.

Fans and air conditioners can help to remove heat from the body or cool a bedroom, but in lower-income countries most people do not have access to such devices. Apart from that, sleep researcher Blume has no single recipe for getting enough sleep on hot nights. “Anything that helps lower the body temperature would make sense from a sleep physiology perspective,” she says. Even something as simple as sleeping with a thin cover or without one at all, or taking a cooling hand and foot bath before bedtime, is useful—as long as the water is not too cold, because otherwise the body starts to compensate and produce heat, she says.

Removing electronic devices (which emit heat) from your room, keeping curtains, blinds, and windows shut during the day, and staying hydrated can all help too. “You just have to try things out. The main thing is to relax,” says Blume. But as you lie there sweltering, damp with sweat, that’s easier said than done.