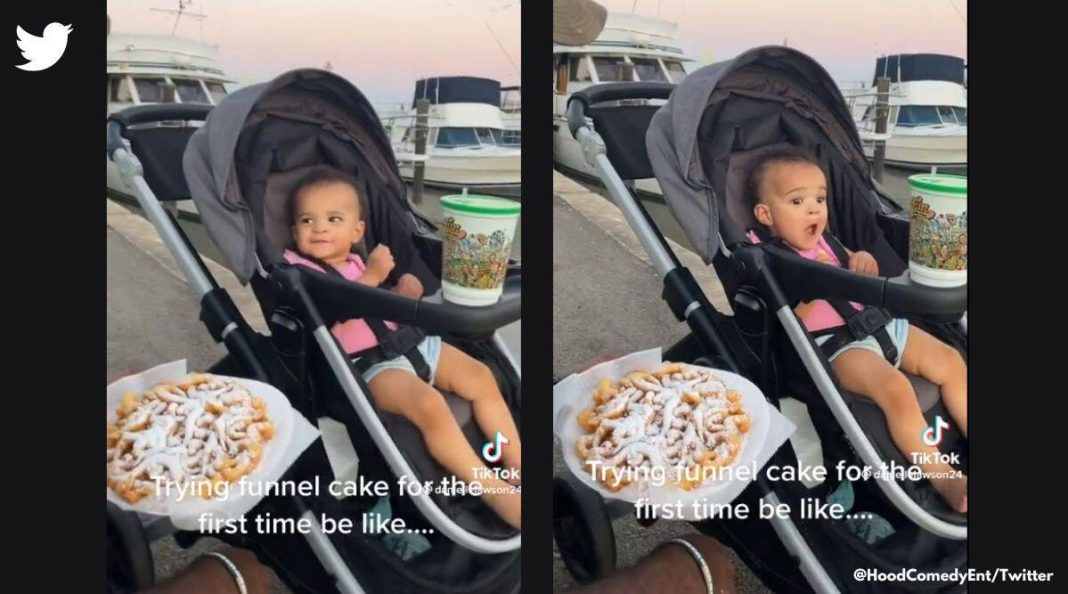 There is rarely anything that brings one more joy than a good dessert. A small video that captures a baby’s reaction to eating a funnel cake perfectly captures this sentiment.

The undated video, which is being widely circulated online, shows a baby sitting in a stroller as a man feeds her some funnel cake. In a moment, the child is seen breaking into a surprised smile and doing a delightful dance after the first bite of the dessert. The woman recording the video can be heard laughing at the child’s wholesome reaction.

This 36-second video was originally posted on TikTok by a user who goes by the handle @daniellelawson2. Soon it began circulating across social media platforms through different accounts.

baby got stuck for a sec 😂😂 pic.twitter.com/Y6JVwDtev1

This was such a wholesome moment pic.twitter.com/zovvYAbpvj

That baby looked like what kinda sorcery is this and why am I just now finding out this exists?

It’s just something about hot…bread. in every form tbh pic.twitter.com/PsCrxnC7yf

Her taste buds once that flavor kicked in😂..i still do that same lil dance too😭 pic.twitter.com/w3WeglwJKo

This brought me so much joy!❤ https://t.co/bctFx2KqZv

Earlier in January 2020, a video of a nine-month-old girl trying ice cream for the first time went viral. In the video, the toddler is first seen surprised by the ice cream’s coldness but then she grabs it with both her hands and devours the treat.