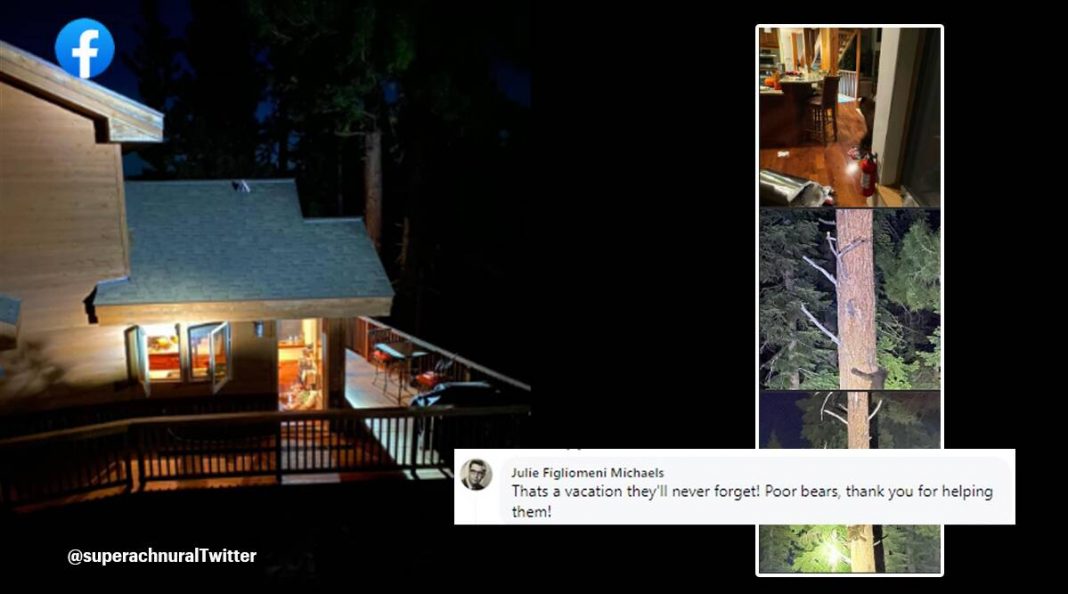 Guests at a California Airbnb were left shocked after an intruder entered the house they were staying in. The intruder was looking for food and charged at police officers who came to rescue it. It was an “extremely aggressive bear” that prompted the guests to lock themselves in rooms last week.

The bear barged in through an open window and while looking for food, it proceeded to destroy the house. The animal charged at officers while they attempted to get it out of the house. The bear’s three cubs were present on a tree on the premises of the house.

California Highway Patrol, the police force in the area, shared on Facebook photographs of the havoc caused by the bear and a bear cub climbing a tree.

Netizens appreciated police officers for ensuring the safety of the bears and the people. A user commented, “Poor bears, thank you for helping them! You are so right! It was their home first. Become Bear-Aware. I think it should be the responsibility of all Air B and B owners up here that they make all of their guests aware of bear safety information. Thank you Truckee CHP for your on going service to all who live in our neighborhoods, be it 2 or 4 legs, wings or fins.” Another user wrote, “Thats a vacation they’ll never forget!”

The law enforcement agency also reminded people that the place was the animals’ home first. “Good reminder to all who live up here and all that come to play up here, you are in Bear country and it was their home first!!!” it wrote on Facebook. The incident happened on June 15 in the Northstar area.

Recently, a clip showing a bear inspecting a hotel lobby in Colorado made the rounds on social media. The receptionist who captured the video was left terrified as the bear walked between sofas, climbed a few steps and ran past her cabin.

Airbnb is an online marketplace for lodging—primarily homestays for vacation rentals.