Man sends photo of dog dressed as Steve Jobs instead of resume, leaves netizens in splits 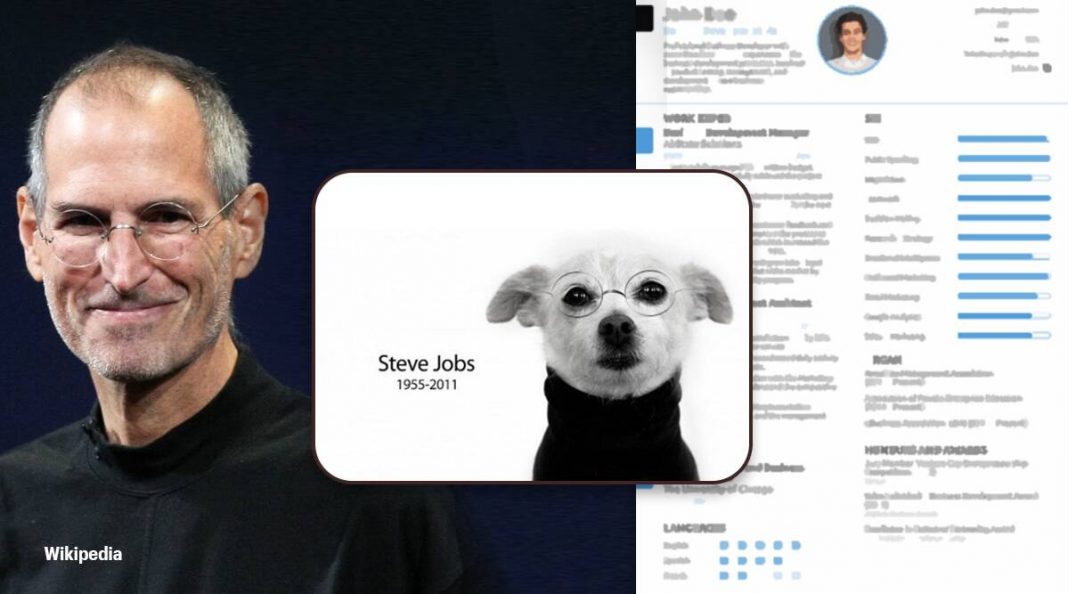 It is said that the first impression is the last impression. Though not applicable in every situation, this can be quite the case when looking for a job. And oftentimes, a resume represents the first chance you get to create an impression. Now, someone has accidentally sent his recruiter a picture of a dog instead of his resume.

Yes, believe it or not, David Byron Queen, a writer and teacher, recalled the time when he accidentally attached a photo of a dog dressed as Apple founder Steve Jobs. In a screenshot shared on Twitter, he recalled how he sent an email to a potential employer, signing it off with an image of a white Maltese pup dressed in a black turtleneck top and rim glasses.

“Appreciate you keeping me in mind! I’ve attached my resume in case you’d like to keep it on file,” read the text alongside the suave canine. “Be careful what you save in your ‘jobs’ folder,” he added in his attempt to warn others against doing the same mistake.

be careful what you save in your ‘jobs’ folder

Soon, the tweet garnered a lot of attention, starting a laughing riot on the online platform. Most could not get over how much the dog gave a similar vibe to that of the Apple founder, wondering if he had really made an error or if it was done intentionally. Many also asked if he got the job, to which he replied in the negative. However, some employers commented on the thread saying they would have hired him on the spot for his sense of humour.

Others simply joined in to share hilarious resumes and mistakes they had made while sending their resumes.

So dressing your dog like Steve Jobs IS normal! pic.twitter.com/UXQFSFQ3uH

You were hired immediately, right? pic.twitter.com/IJiL9MAwUh

As a hiring manager, this would absolutely DELIGHT me to receive.

When it comes to the internet, there is no dearth of funny hiring stories. Many devise unique plans to grab recruiters’ attention—be it pasting flyers on every car at their dream company’s parking lot or even rapping out the achievements in one’s resume.