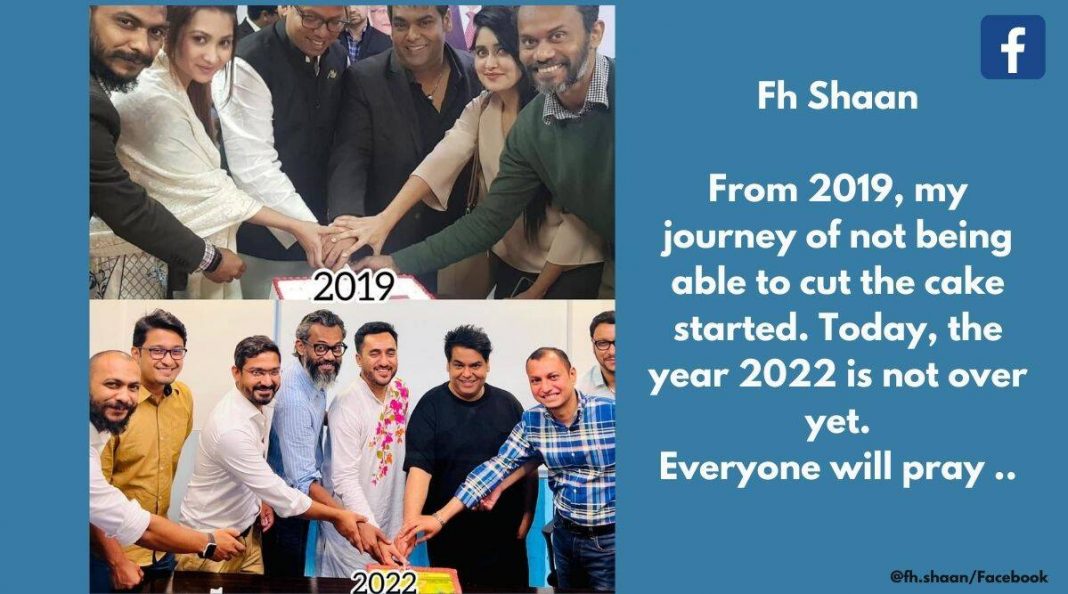 Something similar happened to Fh Shaan, whose group picture became a popular meme template in 2019.

Much to the delight of netizens, Shaan has recreated the viral image three years down the lane. Sharing the original picture along with its latest version, Shaan posted: “Since 2019, my journey of not being able to cut the cake began. Today, the year 2022 is not over yet. Everyone will pray…”

Back in 2019, Fh Shaan, who works as an executive at Bangladeshi digital financial service Nagad, had posed for a group photo in which his colleagues were seen holding a knife collectively as they posed before cutting a cake. Shaan is also seen extending his hand and smiling at the camera, save for the fact that his hand was nowhere close to the cake knife, but is seen suspended in the air in a ‘fake pose’.

Bumrah contribution in this all-out pic.twitter.com/gBkNRrb2Nz

The unassuming picture, which was taken during a work-related celebration, went viral as people in the subcontinent lapped it up and used it to comment on various matters, from sports to world events. Before long, the photograph soon became synonymous with being useless or faking one’s contribution in any activity.