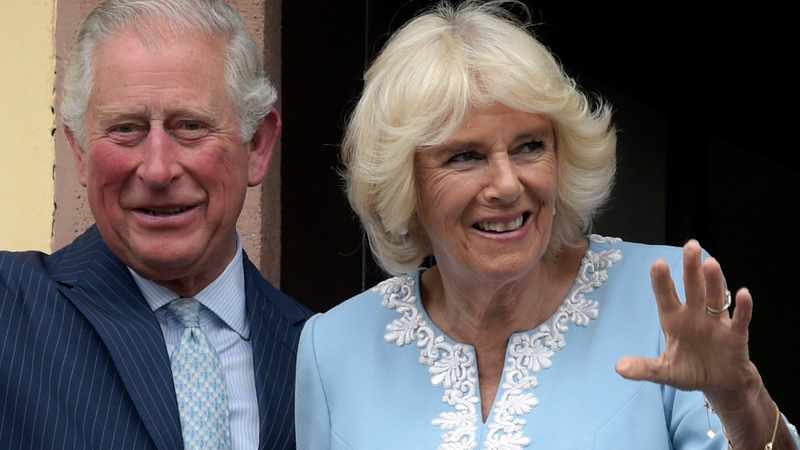 The 74-year-old royal hosted a reception at Clarence House on Tuesday for equestrians and she was delighted when Sir Lee Pearson – who won triple gold in the Para-dressage at the Tokyo Olympics last year – presented her with a copy of his autobiography, ‘I Am Who I Am’ but warned her about its contents.

The Paralympian told Camilla: “There are some saucy moments in it.”

She replied: “I love saucy moments. I shall look forward to reading it.”

Lee then said: “You better read it, I might just quiz you on it when I see you next.”

The duchess promised to read it soon, before the book was taken away to her private rooms.

Lee’s book covers everything from his childhood “to getting employment, to coming out, which was really tough, to my first gold medal”, and one of the “saucy moments” was his description of the moment he first realised he was attracted to men.

The sportsman had considered congratulating Camilla after it was revealed at the weekend she will be known as Queen Consort when her husband Prince Charles takes the throne, but he admitted he “wasn’t sure if it would be appropriate”.

Camilla hosted the reception in her role as patron of the British Equestrian Federation to celebrate the success of Team GB in the equestrian events at the Tokyo Olympic and Paralympic Games.

But one famous equestrian who wasn’t there was Zara Tindall, Queen Elizabeth’s granddaughter.

Her friend Oliver Townend said: “I was speaking to Zara on the phone on the way here and giving her stick for not being here – she was invited – but I think she’s busy looking after the kids.”

In a speech to the group, Camilla admitted she was “envious” of the equestrians, admitting she used to dream of competing in the Olympics when she was younger.

Praising the “incredible bunch of riders, athletes and everybody who supports them” for their “brilliant success at Tokyo”, she said: “It was wonderful to see medal after medal after medal on the television – I pray that Paris is going to be even better than that.

“Thank you all for giving people so much pleasure. I’m so deeply proud and also envious of everything you do.

“In my far-off youth I used to dream of winning a medal at the Olympics and sometimes I used to drive up the motorway and I used to have to pull into the hard shoulder, when they were hard shoulders, and cry with excitement because I was so moved at me getting this medal, so you know, thanks to all of you doing it.

“I can still dream but actually you make it a reality.”