Sure, Tesla, a solar trailer –

Netflix faces stagnation, loses 200,000 subscribers – is this the end of an era? 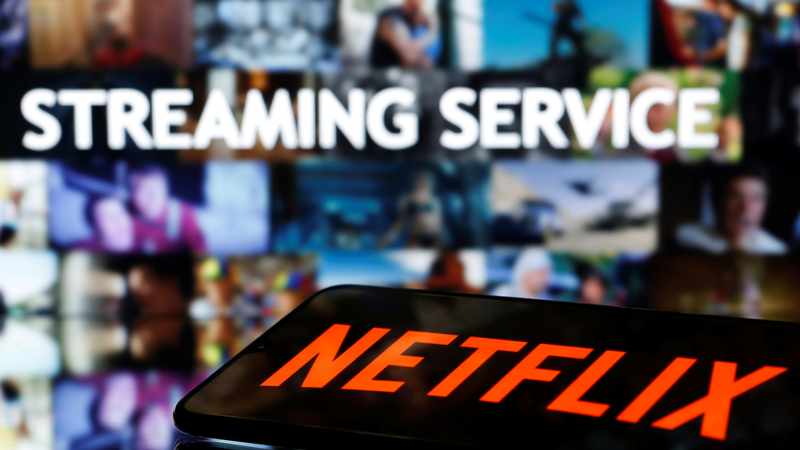 New York – Having lost subscribers for the first time in more than a decade, Netflix faces the new challenge of stagnation from a position of strength.

A drop of just 200,000 users – less than 0.1 percent of its total customer base – was enough to send Wall Street panicking, with shares plunging more than 30 percent on Wednesday.

The loss of subscribers and the company’s various plans to revive business “change the historically simple story” of Netflix’s solid success, said Wells Fargo analysts, who cut its price target in half.

“The new outlook is clear as mud,” they said.

If the Q1 loss of subscribers might seem a blip at first blush, Netflix is signalling otherwise: The company anticipates a much larger drop in its second quarter – of around two million net subscribers.

“I’m not sure that’s a turning point” for Netflix, said Scott Zari of S&P Global Ratings.

“But I think it is indicative of maybe a new phase of slower growth,” he said.

Bank of America analysts said in a note that Netflix “made it clear that we can expect very low subscriber growth in ’22 and ’23 with no margin expansion.”

The shift was felt even in the tone of the company’s results presentation on Tuesday evening.

The affair focused less on the streamer’s mega-hits such as “Bridgerton” and “Ozark” and more on combating the 100 million households who watch Netflix for free thanks to shared passwords.

“When we were growing fast, it wasn’t the high priority to work on,” co-founder Reed Hastings admitted.

“And now, we’re working super hard on it.”

Chief operating officer Gregory Peters said Netflix wasn’t trying to shut down sharing, “but we’re going to ask you to pay a bit more to be able to share.”

According to Zari, “future growth will be dependent on how can they monetize those households.”

To attract viewers, Netflix is preparing cheaper subscriptions with advertising – which it expects to roll out in the next couple of years.

The Los Gatos, California-based company, has long defended its no-ads model, which set it apart from competitors such as Disney+, HBO Max and Apple.

For Pivotal analyst Jeff Wlodarczak, streaming “appears nearly fully penetrated globally post-Covid, and the companies now must set their sights on converting pirates into subscribers, gaining greater market share from each other and driving up prices.”

Increasing prices won’t help Netflix in the short term, though it raised its fees in January to the extent that it is now the most expensive among the major streamers.

“I think they’ll have to adjust their business,” said Paul Hardart, a professor at New York University, including “on the cost side, investing in content.”

For University of Richmond professor Joel Mier, Netflix’s price increases and axing of password sharing are “peripheral but meaningful” short-term solutions, while its long-term strategy remains “investing in local-content creation and establishing its gaming presence.”

With 221 million subscribers, “Netflix is by far the market leader in the streaming space,” Zari said.

“I think it will give them a lot of advantages.”

The problems Netflix faces are “not good news” for the company, he emphasised.

But as the global leader, whatever Netflix goes through, the other streamers are also likely to face eventually.

It’s “probably worse news for the other services that are starting to try to build themselves,” he said.