Stop injecting money into projects you’re not committed to completing 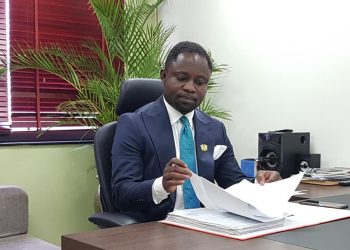 The Minority in Parliament says the continuous injection of funds into abandoned projects is contributing to the economic challenges confronting the country.

The group says despite the allocation of about 20 million dollars to contractors of the government’s agenda 111 projects, work is yet to commence on most of the health facilities.

During a visit to the proposed site for the construction of a hospital for the Adeiso community in the Upper West Akyim District of the Eastern Region, the Ranking Member on the Health Committee of Parliament, Kwabena Mintah Akandoh said “all what the government does is to go around pushing money on starting new projects to score political points. It has not even shown commitment to completing the project.”

“The disbursed funds for the facilities could have helped shore up the country’s forex reserve.”

Former President John Mahama has on several occasions accused the Akufo-Addo administration of abandoning many of the projects started during his government’s tenure.

The former President said he finds it disappointing that a number of the projects remain uncompleted since his administration left office in January 2017.

Government, in response to these concerns, indicated that it is pursuing the completion of some projects.

Pensioners to picket at Finance Ministry over DDE