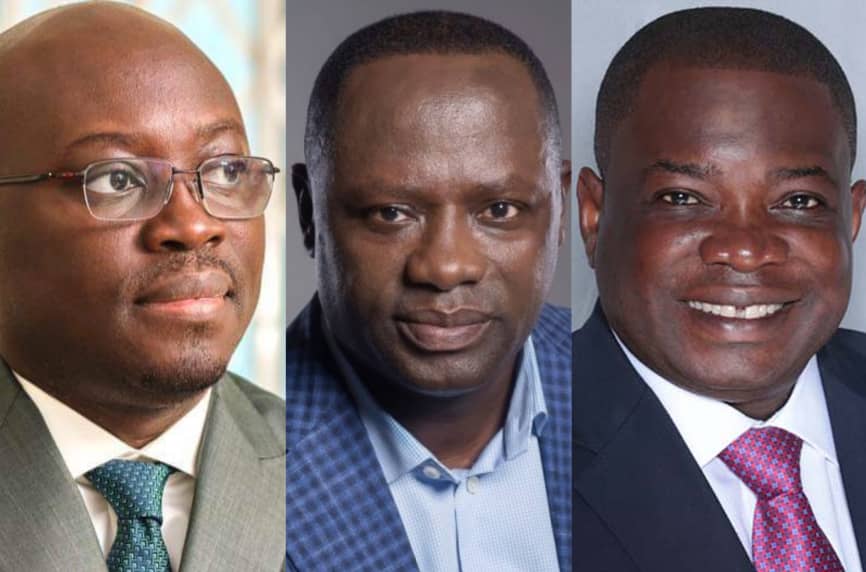 The leadership of the National Democratic Congress (NDC) in Parliament was changed on Tuesday, January 24, 2023.

According to the party, Dr Cassiel Ato Forson has taken over from Haruna Iddrisu as the new Minority Leader.

Kwame Agbodza is now the Chief Whip for the opposition side and will be deputised by Banda MP, Ahmed Ibrahim and Ada legislator, Comfort Doyo Ghansah respectively.

The reason for the change, Party Chairman, Johnson Asiedu Nketia said was part of “re-organisation of structures to be able to position ourselves to fight election 2024,” he said.

Here is a profile of the party’s new leadership in Parliament.

Minority Leader, Dr. Cassiel Ato Forson hails from Ajumako Bisease in the Central Region and was born on Saturday, 5th August 1978. He had his GCE O Levels in 1994 and holds a BSc. (Accounting and Finance) since 2003, an MSc. Economics (Macro-Economics) in 2016 and Ph.D. (Finance) in 2020.

He became a Chartered Accountant in 2018 and a Chartered Tax Practitioner in 2015 and acquired his MSc in Taxation (Tax and Public Policy) in 2020.

Since becoming a Member of Parliament, he has served as a member of the following committees; Finance Committee, Ranking Member, Foreign Affairs Committee, and Selection Committee.

Deputy Minority leader, Emmanuel Armah Kofi Buah hails from Atuabo in the Western Region. He was born on Tuesday, 10th May 1966. He is a Christian and has been in Parliament for the 5th, 6th, 7th and 8th Parliaments.

He has a Certificate for Advanced Management from 2005, a Master’s Degree in Management (2000) and a Bachelor of Administration (Social Science (Law)) from 1991.

His employment history includes; a postmaster with US Postal Service, became a Member of Parliament, a Minister of Petroleum, and a Deputy Minister of Power and Petroleum respectively.

He has been a member of the Trade, Industry and Tourism Committee (Ranking Member), the Privileges Committee and the Mines and Energy Committee.

Minority Whip, Kwame Governs Agbodza is a native of the Adaklu Kordiabe township of Ho in the Volta Region. He is a Christian and was born on Saturday, 22nd September 1973. He acquired a bachelor’s degree in Architecture in 2010. He worked as a Partner at Kay + partners ltd.

He has served as an MP for the 6th, 7th and 8th Parliaments. He is the Ranking Member of the Roads and Transport Committee, a member of the Judiciary Committee and the Environment, Science and Technology Committee.

It’ll be difficult for my wife to bounce back