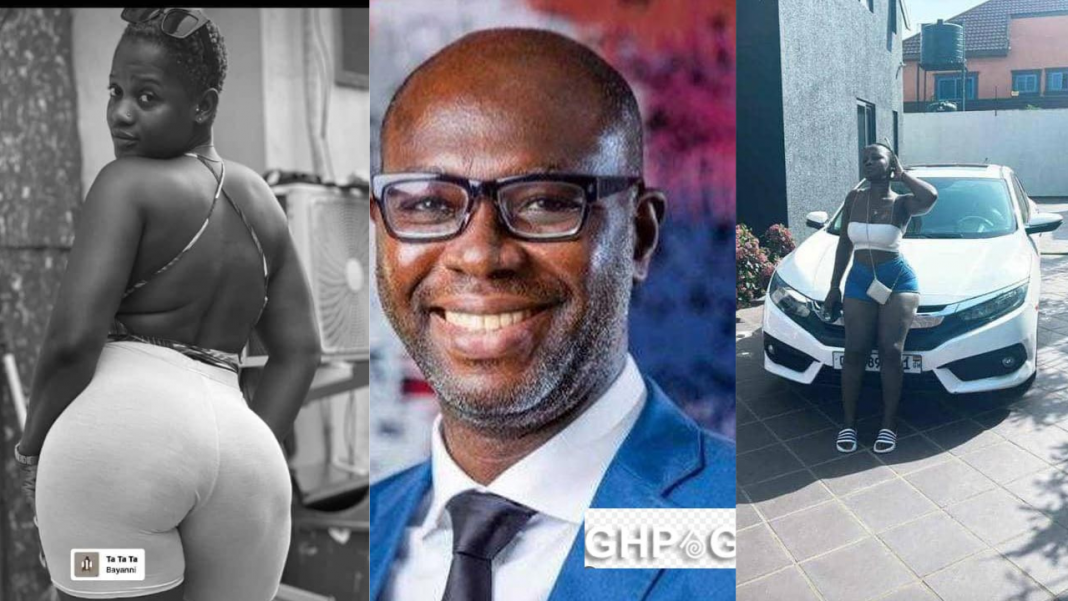 Buying a 120,000 Honda civic, renting a 2-bedroom apartment, and Ghc 3,500 monthly allowance just to be sleeping with a woman when you have a wife at home.

A sexually indisciplined man can perform alot of ‘wonders’ just because of kpekus.

A lot of revelations keep dropping following Debby’s writ of summon to Mr Kwasi Nimako which was leaked online by an anonymous person online believed to be from the camp of the hardcore sidechick.

Apparently, Debby was really enjoying the benevolence of her sugar daddy until she decided to play smart on him by dating other men while still using his car and staying in the apartment he rented for her.

That was when hell broke loose and things fell apart leading to this calamity which has befallen the two of them just because they both wanted to totally annihilate each other.

So the story goes that Mr Kwasi Nimako who is the CFO of First Atlantic Bank bought Debby a Ghc 120,000 Honda civic just to make her movement easy and also aid in her transportation to work.

But he later took it up after he got a hint of information that Debby was dating other men behind his back.

Aside from this, he had also rented a two-bedroom apartment for her in Accra and placed her on a Ghc 3,500 monthly allowance.

Seemingly, the Ghc 3,500 was too small for Debby reason she looked for other avenues to increase her income streams and one of the measures was to increase the number of her sugar daddies.

Below is a picture of the Honda Civic car Mr Kwasi Nimako, the first Atlantic Bank CFO bought for Debby in his name which he has taken back following her promiscuity lifestyle.

It’s believed that Debby took this particular picture inside the apartment Mr Kwasi Nimako rented for her.