My greatest fear is to lose fame – Kuami Eugene

Grammy Awards 2023: How to watch and who will win 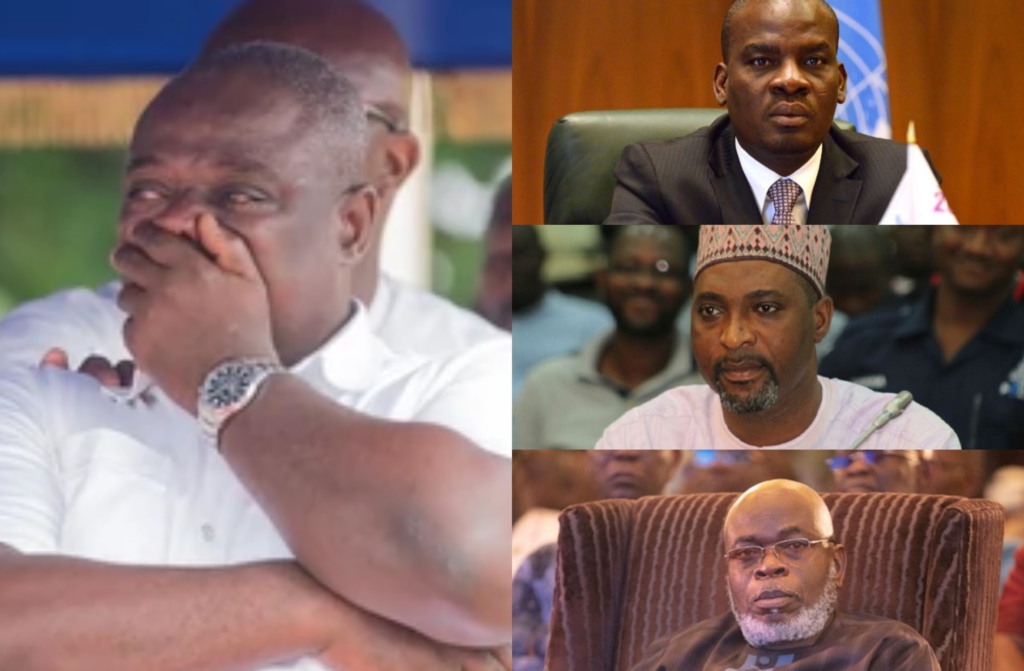 The erstwhile NDC appointee expressed this concern in reaction to the uproar in some quarters of the party, following the change in its parliamentary leadership.

Touching on the change which was announced on Tuesday, the former NDC deputy scribe alleged that it was influenced by a hideous agenda of the party’s newly elected Chairman, Johnson Asiedu Nketiah.

In a series of tweets after the change was made public, he expressed his misgivings and lamented the future of the party under Asiedu Nketiah.

“Extreme anger brewed in Asiedu-Nketiah’s NDC pot. Lots of fire under the umbrella. I weep for my beloved NDC”, he noted in one of his tweets.

“Oyiwa. The deadly seeds that have been sowed over the years that I continue to talk about, are germinating under the Leadership of Mosquito – the master brain behind lots of the bad seeds.

As for me; my vindication lies in the womb of time. ‘A ye pinsoooooooo’ “, another related tweet said.

The comments by Koku Anyidoho add to the pockets of reservations by other notable party sympathizers since the change was announced on Tuesday.

One of such prominent critics has been the Member of Parliament for the Tamale Central Constituency, Ibrahim Murtala Mohammed.

According to the aggrieved legislator, the timing of the decision by the party’s hierarchy is ‘wrong’.

Speaking on Asempa FM’s Ekosiisen on Tuesday, the audibly displeased lawmaker explained that as far as he and other colleague NDC MPs are concerned, the current crop of parliamentary leadership have been diligent in their duties.

He, therefore, questioned the rationale for the change and criticised the party’s leadership for failing to consult the entire Minority Caucus before effecting the change.

“The timing is completely wrong. What is the basis of changing our parliamentary leadership?”, Murtala Mohammed decried.

“They are only taking away the most experienced leaders and bringing the less experienced ones. Nobody told them we are dissatisfied with the leadership.

“Who told them we are unhappy with their performance?”, the disgruntled lawmaker quizzed.

Meanwhile, the Chairman of the opposition National Democratic Congress (NDC), Johnson Asiedu Nketiah, has defended the party’s decision to change its parliamentary leadership.

On Tuesday morning, the NDC issued a statement announcing key changes to its parliamentary leadership.

According to the party, Dr Cassiel Ato Forson has taken over from Haruna Iddrisu as the new Minority Leader.

In a statement signed by NDC General Secretary, Fifi Kwetey, Kwame Agbodza becomes the Chief Whip for the opposition side and will be deputised by Banda MP, Ahmed Ibrahim and Ada legislator, Comfort Doyo Ghansah respectively.

Speaking in an exclusive interview with JoyNews’ Blessed Sogah after the change, Asiedu Nketiah however explained that the move is part of the party’s ‘reorganisation’ for the 2024 general election.

According to him, there have been a series of changes across all levels of the party towards the 2024 polls.

In his view, the timing is right.

“We started at the branch level. We’ve since done elections in about 40,000 branches and then from there, we proceeded to the constituency level.

“We’re done largely with all the constituencies and then we’ve done regional elections and we just completed the national elections.

“So the next in line is to take a look at our leadership in Parliament and that is what we’ve just done so in terms of timing, it is line with the way we are prosecuting the national reorganisation”, he clarified.

In his defense, he added that going into the 2024 polls, issues about the economy will become very topical and therefore the need for someone who has mastery in that regard.

This is he said is the basis for selecting Dr Cassiel Ato Forson to be the party’s new minority leader.

He added that issues surrounding energy will become critical ahead of the next elections, and therefore the party’s decision to choose Dr Kofi Armah Buah as the Deputy Minority Leader.

Touching on the Deputy Minority Leader role, he further clarified that the changing of James Klutse Avedzi’s was due to the MP’s decision to exit Parliament.

My greatest fear is to lose fame – Kuami Eugene

Grammy Awards 2023: How to watch and who will win

Reasons You Should Take Honey And Milk