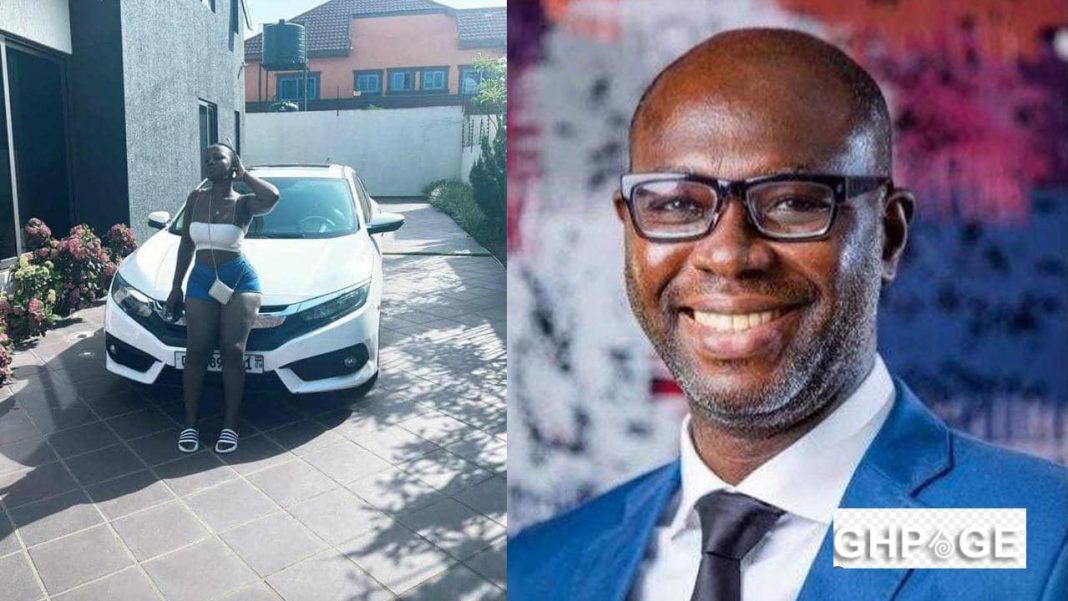 Deborah Seyram is not backing out from her beef with First Atlantic Bank CFO Mr Ernest Kwesi Nimako anytime soon and she’s ready to go to all ends to get what she has proposed as redress in her writ of summons.

After agreeing to the relationship, she claims in her suit that her former made many promises to her, some of which have not been fulfilled.

She thus wants the court to order Nimako to fulfil his promises including the provision of a car, decent accommodation, and business capital.

She also claims although, after her National Service, she was eligible to be retained on contract, Nimako asked her to leave so he takes care of her but he has since failed to do so.

These are the things Debby is seeking as redress from Mr Ernest Kwasi Nimako;

Meanwhile, Mr Kwasi Nimako has confirmed that he actually bought a car in his name but gave it to Debby to use for some time to ease her movement to and fro from work.

He didn’t give her the car as a gift and he took it back because she was using it for her hookup business.

First Atlantic Bank is also yet to drop an official communique because they were also accused in the writ of summons of using their beautiful female employees as bait to lure rich men into doing business with them.

Tems speaks on Grammy win, working with Future, Drake, others